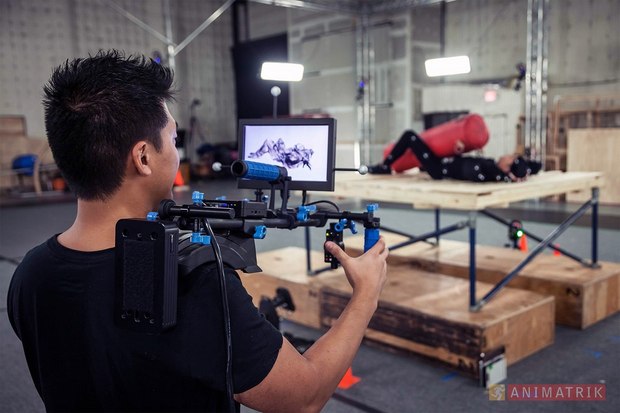 The LEI/Giant technology offers a sophisticated suite of tools providing more accuracy, reliability and efficiency, which ultimately enables 3D animators to create high-quality, true-to-performance character animation, faster and more easily than ever before. It has previously been used to bring such films to life as Avatar, The Lord of the Rings Trilogy, Iron Man and Rise of the Planet of the Apes. Video game credits include Halo 4, Call of Duty 3 and Devil May Cry.

Animatrik will integrate LEI/Giant technology into its pipeline to continue providing leading performance capture services across North America and beyond.

"We're pleased that Animatrik has become a select partner, licensing our LEI/Giant performance capture technology. Animatrik is a forward-thinking company having worked on many high calibre projects – it's exciting to know that they will be using our solutions to power future productions,” commented Jon Landau, Producer/COO/Partner at Lightstorm Entertainment.

During Animatrik’s evaluation of the LEI/Giant system, the team pushed the limits of performance capture beyond what is considered to be the current world record.  Using Lightstorm Entertainment Inc’s Giant technology, Animatrik was able to capture 21 performers in a live capture volume all at one time.

Richard Baneham, Animation Supervisor at Lightstorm Entertainment Inc. said, “Having worked with Brett in the past on Lord of the Rings at Weta Digital, I was very happy to have he and the Animatrik team come on board as one of our partners. We are excited to further explore, develop and push forward to the future of performance capture together.”

“Incorporating Lightstorm Entertainment Inc.’s Giant technology into our pipeline is an exciting moment for us. It will contribute greatly to our mission of providing directors, supervisors, and producers the results they require for success, flawless real time, an efficient turn around, and a deliverable that is faithful to the original performance. We look forward to continue working with Lightstorm in this pursuit of evolving the craft of performance capture,” added Brett Ineson, CEO of Animatrik.