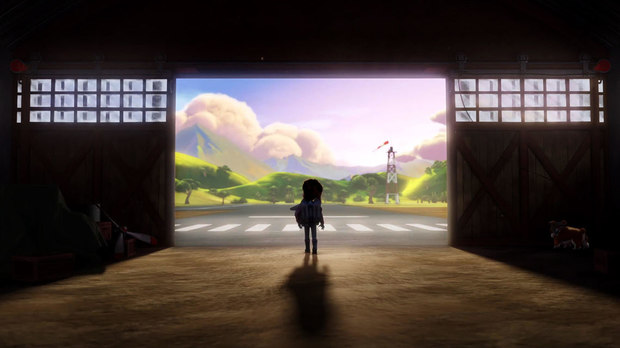 WGAW career achievement awardee Nicole Dubuc currently serves as the showrunner of the animated series ‘The Rocketeer,’ due to premiere in 2019, which she developed for Disney Junior/Wild Canary and serves as executive producer.

Eliza Hart, Director of Development and Current Series at Nickelodeon Animation, presented the Guild’s AWC career achievement award to Dubuc in recognition of her contributions to the animation field.

“Nicole Dubuc has accomplished more in her time as an animation writer than most of us do in careers that are twice as long. She has crossed genres, busted barriers, and broken through ceilings not only as a writer, but also as a showrunner, an actress, and a labor leader. If there’s an aspect of animation production Nicole hasn’t mastered, it’s only because she hasn’t invented it yet,” said WGAW President David A. Goodman.

“Nicole Dubuc richly deserves this award. She’s not only an extremely talented writer and showrunner but has extensively given her time and energy to work for the betterment of all animation writers. Plus she’s one of the best people I know,” said AWC Chair Craig Miller. Born in Orange County, CA, in 1978, Dubuc first got her start in the entertainment industry in front of the camera working as a successful child actress, appearing on hit TV shows Major Dad, Our House, and ALF, and earning a 1991 Young Artists Award nomination for Best Young Actress Starring in a Television Series for her co-starring role on Major Dad.

After graduating from Yale University in 2000 (where she honed comedy skills as a member of the university’s Purple Crayon improvisational group), she returned to the West Coast to make a transition to a behind-the-camera creative force, landing a spot as an apprentice staff writer on Disney’s girl-power hit, Kim Possible, from 2002-03 and penning several episodes of the popular animated series.

While continuing her work as a voice actress, featuring credits such as Transformers: Rescue Bots, Miles from Tomorrowland, The Hunted, and most recently DC/WB’s Young Justice: Outsiders, Dubuc currently serves as the showrunner of the animated series The Rocketeer, due to premiere in 2019, which she developed for Disney Junior/Wild Canary and serves as executive producer.

In 2005, Dubuc became a staff writer for Walt Disney Animation’s My Friends Tigger & Pooh. Following her stint at Disney, she segued to a position as executive producer at Hasbro Studios, where she was creatively involved on a variety of projects, including the studio’s Transformers properties. In 2018, Dubuc left Hasbro to join Wild Canary Animation as an EP.

Beyond animation writing for television and film, Dubuc has co-authored several books in the best-selling My Little Pony: Ponyville Mysteries children’s book series (Little, Brown), including the titles Journey to the Livewood, Cursed Crusaders, Peryton Panic, Riddle of the Rusty Horseshoe, and Tail of the Timberwolf, all co-authored with Michael Vogel under the pseudonym “Penumbra Quill.” Dubuc has also written comic books such as Bruce Lee: The Dragon Rises (“Day Off”), DC Comics’ Flash Annual #2 Comic (“Details”), and worked as a songwriter for the My Friends Tigger & Pooh animated series.

In addition to honoring Dubuc at Monday night’s ceremony, the Caucus presented a memorial tribute to late animation writer/AWC member Dean Stefan (The Octonauts, Transformers: Rescue Bots, Men in Black: The Series, The Mask: The Animated Series, My Friends Tigger & Pooh, X-Men, Quack Pack), who served on the AWC’s Steering Committee for many years and died this past May at age 65.

Dubuc, who shared both an industry and personal connection with Stefan, remarked: “Dean Stefan was a mentor and a friend. He had a keen instinct for what made a story work, a wickedly irreverent sense of humor, and a generous spirit. He always made time for writers trying to break in, offering his advice or reading scripts. I miss him every day.”