Lupus Film’s ‘The Tiger Who Came to Tea’ was honored as best TV Special at the YouTube livestream of the official Annecy Awards. 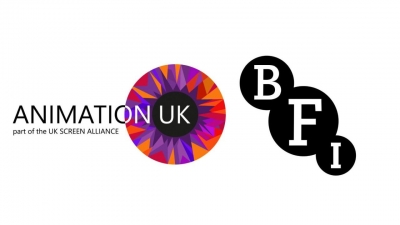 A delegation of over 30 studios, producers and distributors from Animation UK are attending the Annecy International Animated Film Festival 2020 representing British animation. The UK presence is being supported by the BFI with National Lottery funding. Representatives from animation companies include Aardman Animations, Blue Zoo Animation Studio, CAKE Entertainment, Entertainment One, Jellyfish Pictures, Locksmith Animation, Lupus Films, Spider-Eye and Mackinnon & Saunders. They are joining forces to celebrate the success of British animation and promote the talent and resources available in the UK. They are joined by the BFI who is promoting the UK creative sector tax reliefs and the UK’s co-production treaties.

The UK-made productions selected for the festival showcase and shortlisted for the competition include The Snail and the Whale (Magic Light Pictures) and The Adventures of Paddington (Blue-Zoo Animation). These films, as well as other UK productions, are available for viewing to accredited festival participants. 'Lupus Film’s ‘The Tiger Who Came to Tea.’

The UK Screen Alliance, Animation UK provides a collective voice to the sector by promoting the cultural and economic significance of UK animation. It works to ensure conditions in the UK support growth, including a skills and talent base, increased investment, and support for new export opportunities.

"The UK Animation sector is not only known for its artistic and creative excellence but is resilient and has been open for business during these difficult times,” commented Animation UK executive chair, Kate O’Connor. “Telling stories and creating new worlds that also express the issues of today we have internationally renowned expertise in a wide range of specialisms. With its long track record of creative and commercial success and wealth of iconic properties, we are keen to capitalize on that and explore new projects, alliances and opportunities at Annecy 2020."

Andy Wright and Chris Halliday, part of the delegation from the BFI Certification Unit, will be providing information about the UK’s animation and film tax reliefs which support the UK productions in the TV film competition as well as the UK’s co-production treaties which encourage international collaboration.