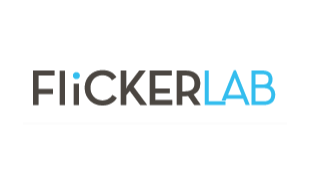 FlickerLab, the New York City-based animation and technology studio, has promoted three executives and added another.  The announcements come from Founder and Creator Harold Moss and Head of Production and Development Jordan Geary.

Award-winning director and motion graphics artist Tibo Charroppin, who originally joined FlickerLab as an intern, has been named Junior Creative Director.  Charroppin works closely with Moss to design projects as well as manage designers.  He oversees the creative of some of the studio’s most high profile projects, including the United Nation's Human Rights in Iran video series.

Greg Kaplan, has assumed the role of FlickerLab Technical Director.  In his new position, he is responsible for bridging the gap on projects between artists and programmers.  Kaplan oversees and designs the technical aspects of production, including setting up new pipelines, scripting and testing FlickerLab's interactive media on projects including the critically-acclaimed SkippyJon Jones iPad App.

Promoted from Broadcast and Animation Designer to Art Director, Zartosht Soltani, gained international recognition as an illustrator, designer and painter with his groundbreaking work that reshaped ideas about branding and packaging in post-revolutionary Iran.  Moving from Iran to the US in 2001, Zartosht brought his talents to FlickerLab in 2003. He supervises other artists and designs for FlickerLab.  His treatments have given life to characters and backgrounds in properties such as the feature film Fat, Sick and Nearly Dead and the Kid’s Health animated series How the Body Works.

Coming from Sesame Workshop, Tom Chorlton, is the newest member of the core FlickerLab team.  As Producer, he is responsible for managing much of the company’s animated content, including the recent promo for Animal Planet’s Tanked and Colgate’s Latin American television spots.

“The best part of my job is coming in everyday and collaborating with an incredible group of creatives and visionaries,” said Moss.  “ It gives me great pleasure to recognize the groundbreaking work these members of our team have carried out, and put them in a position to expand this body of work and continue playing leading roles in our industry.”

Geary adds, “A big reason that FlickerLab can handle the huge diversity of projects it takes on is having a staff that is incredibly versatile, creative, and professional.  Greg, Tibo, Z, and Tom are each great at what they do, and it shows on every project they touch.   We are overjoyed to have them as part of our team.”