Follow-up to successful 2015 effort will help bring curated show of international animated shorts to a wider audience in a theatrical setting. 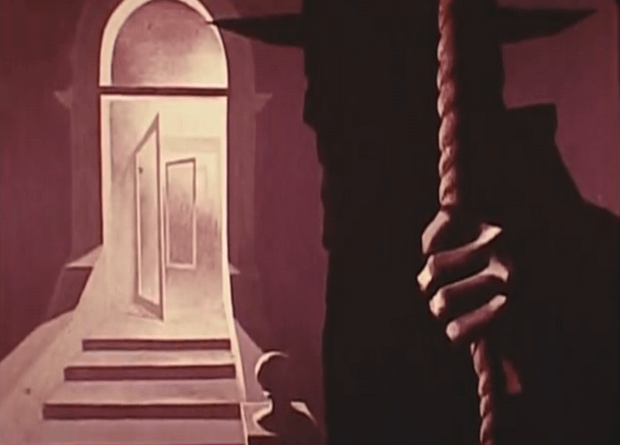 LOS ANGELES -- The Animation Show of Shows, a nonprofit organization dedicated to the restoration, preservation and promotion of animated short films, has announced the launch of a new Kickstarter campaign. The goal of the fundraising effort is to expand the organization’s presentation activities so that more people around the world have the opportunity to see the best new international animated short films in a theatrical setting.

“The 17th Annual Animation Show of Shows was an incredible milestone,” says Diamond. “For the first time, the showcase of 11 shorts and four mini-portrait documentaries was presented in 47 public theaters in four countries, which gave general audiences the chance to see great animated short films on the big screen. With this new campaign, we hope to reach an even wider audience by increasing the number of venues and expanding our publicity to make sure that everyone can share in the magic of the short films in The 18th Annual Animation Show of Shows to be released this September.”

The campaign kicks off AT 7:00PM PT on June 4 with a special fundraising event at Diamond’s Los Angeles production company, Acme Filmworks. The festivities will include an exhibition of original artwork from Acme productions of the past 20 years, as well as works from the 1930s through 1970s by artist Max Vaucher, who Diamond credits as his artistic mentor. The exhibition will be on view by appointment through the summer during regular office hours.

The Animation Show of Shows was founded in 1999 to showcase the best new animated short films from around the world. It is presented at schools, studios and other venues throughout the U.S. for animation professionals and students. In 2015, the Show of Shows was established as a nonprofit organization, with an expanded mission to present public screenings, as well as undertake the restoration and preservation of classic animated short films. In May, the organization received a grant from the National Film Preservation Foundation to aid in its restoration of the acclaimed 1964 animated short Hangman.

For more information, visit www.kickstartasos.com, and, if you haven’t already seen it, check out the trailer for The 17th Annual Animation Show of Shows in the player below: