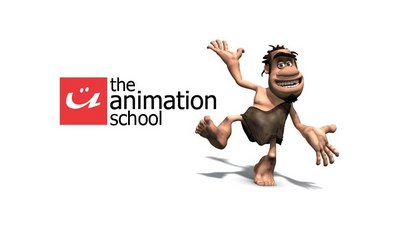 "The partnership has been years in the making. We realized that if we share expertise that students from both schools could benefit greatly,” commented Nuno Martins, principal and co-founder of The Animation School. We are always seeking feedback as to how we can hone our syllabus to create student work that competes with the best in the world.

The school has previously consulted with Gobelins, l’École de l’Image, a leading animation school and has engaged acclaimed French director Alexandre Heboyan to mentor the students on their final year films since 2013.

“The advice from Alexandre and Gobelins was that while our 3D offering was strong, we could gain a lot by concentrating more on the mastery of traditional drawing skills and 2D animation. Émile Cohl is the right partner to take us to the next level,” explained Martins.

The partnership will kick off later this year, when a lecturer from The Animation School will present a class at Émile Cohl in skeleton rigging and facial expressions using Autodesk Maya. Lecturers from both campuses will continue this exchange for the next three years.

The Animation School had a number of recent student films honored with a string of wins including accolades at New York Film Festival, the SAFTAs and Cape Town International Animation Festival this year. To top it off, ARID, the final year project from director Charl van der Merwe and his team, was accepted into the Official Selection in the graduation film category at the Annecy 2016 Animation Festival.

“With the help of our mentors, we've improved in leaps and bounds," added Martins. "In addition to focusing on art direction, we’ve added more emphasis on building narrative storytelling skills from first year onward." Ultimately, the goal is to provide the skills that will allow South African studios to continue attracting top international projects, he explains.

The school has won over 40 awards locally and internationally since its inception in 2000, and was placed in the Top 100 International Animation Schools published by the Washington Business Journal 2015.