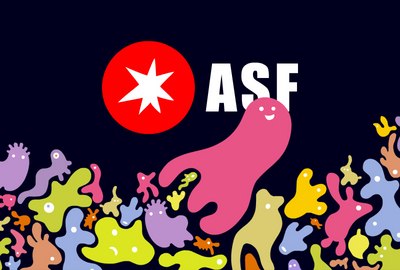 LUDWIGSBURG -- Animation Sans Frontières, the training program for young professionals from Europe, brings international flair to the state of Baden-Wuerttemberg: 16 aspiring technical directors, animation directors, producers and authors from Denmark, Germany, England, France, Hungary, Italy and the Netherlands visited the Animationsinstitut at Filmakademie Baden-Wuerttemberg for the last two weeks, among them two Filmakademie alumni. They participated in seminars and workshops by internationally renowned guest lecturers, got to know the Stuttgart region as a central hub for the animation and VFX industry and created innovative gadgets in hackathons. One lucky participant will be able to book a return ticket to Ludwigsburg: the Animationsinstitut provides a workstation to an ASF graduate in order to further develop an animation project. As in previous years, Ludwigsburg marks the first stop of “Animation Sans Frontières,” which is funded by Creative Europe. During its ninth run of ASF, international alumni are again able to gather substantial, practice-oriented insights into the development and production of animation-based formats in Europe and to advance their own projects. Over the course of six months, participants complete different modules at four top animation film schools: the Animation Workshop in Viborg/Denmark, Gobelins l’école de l’image in Paris/France, the Moholy-Nagy University of Art and Design in Budapest/Hungary, and the Animationsinstitut at Filmakademie Baden-Württemberg in Ludwigsburg/Germany. A select few are subsequently invited to attend Cartoon Movie in Lyon (March 1-3, 2017) and FMX 2017 (May 2-5, 2017) in Stuttgart.

Tina Ohnmacht, who has supervised and coordinated ASF for the last eight years, considers the educational program a golden opportunity for up-and-coming animation talent. “Animation Sans Frontières is a stand-out program, because it joins the forces of four of the best animation schools in Europe and offers young animation professionals the chance to work on their projects on an international level. At the same time, the participants get to know four different geographic regions and their specific production conditions.” The Animationsinstitut hosted the module “Fresh Ideas for New Formats -- Using Technology in a Creative Way,” which enabled attendees to learn about different technologies and try them out. At the heart of the institute’s program was a hackathon that was conducted in cooperation with the award-winning Ludwigsburg project Tintertank -- a project that was initiated to encourage children and youngsters to tinker with technology and media in a creative way. The hackathon tinkerers experimented with 360° stop motion, VR applications and physical computing (Arduino). Together they created an interactive, ritualistic projection experience, an ASF 360° stop motion clip, a VR experiment on sensory perception and DIY arduino synthesizers.

Thanks to its multi-faceted, interdisciplinary concept and its international focus, “Animation Sans Frontières” is already able to look back on numerous success stories. Its graduate ranks include Réka Bucsi, whose diploma film Symphony no. 42 landed a spot on the Oscar shortlist, and Simon Rouby, whose independent animation film Adama had its cinematic release in Europe in 2015. Institute alumnus Linus Stetter was yet another graduate whose career flourished thanks to ASF: After completing his studies with the diploma project Morphies in 2015, he pitched his idea at several platforms and has since successfully realized the Disney XD Channel production MATCHWINNER together with alumnus Paul Maresch. Alumni from European film schools are again able to apply for the next and tenth edition of “Animation Sans Frontières” 2016/2017. The application deadline is May 31, 2017.

Source: Animationsinstitut at the Filmakademie Baden-Wuerttemberg