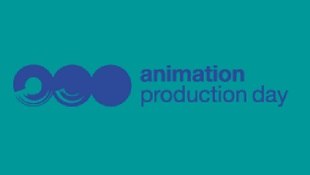 Animation Production Day is teaming with CARTOON -- the European Association of Animation Film -- to help streamline the pitching process for new projects in development at APD 2015.

Hosted by the Stuttgart Festival of Animated Film (ITFS) and the FMX Conference on Animation, Effects, Games and Transmedia, ADP 2015 runs May 7 & 8. At APD, German and international producers present their projects from the areas of film, series, games and transmedia to broadcasters, distributors, sales agents, funders and investors in individually tailored one-to-one meetings. Up to three of the projects presented at this year’s edition of the German marketplace will be eligible to qualify for participation in CARTOON Forum, which takes place this year September 15-18 in Toulouse, France.

“CARTOON is very excited about this new collaboration,” says CARTOON general director Marc Vandeweyer, “and has no doubt that the quality of projects submitted to the APD will draw out more German animation projects that can demonstrate their international scope at the Cartoon Forum.”

APD is the only German marketplace event focused exclusively on animation. It is hosted by the Stuttgart Festival of Animated Film (ITFS) and the FMX Conference on Animation, Effects, Games and Transmedia, both major events in their respective fields that take place during the same week in spring.