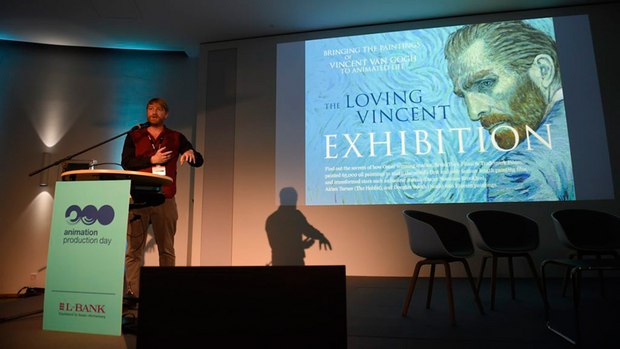 Animation Production Day 2018 is open to submissions for its 2018 edition.

STUTTGART, GERMANY -- Producers can now submit projects for which they are seeking co-production and financing partners to the 12th Animation Production Day, taking place April 26-27 in Stuttgart, Germany, as part of the Stuttgart Festival of Animated Film and FMX.

At APD, representatives from the German and international animation industry have two full days to discuss co-operations and financing for the showcased projects.

A new online submission form is now available on the APD website. Animation projects in the areas of film, TV series, mobile content, games, crossmedia and transmedia can all be submitted until Feb. 20. Hybrid formats which mix animation and live action can also be submitted. A total of 40-45 projects will be selected for participation in APD 2018.

The chances of finding suitable production and financing partners at APD are high: already around a third of projects showcased in previous years have now been successfully produced.

APD brings together around 150 producers, broadcasters, distributors, sales agents, funding bodies and banks in a series of pre-planned, one-to-one meetings. And in 2018, a key part of the program is once again the APD Conference which sees presentations of outstanding projects and the introduction and discussion of new trends and business models.

A further highlight is the presentation of the Trickstar Business Award. The prize, worth 7,500 euros, is being presented for the second time by the Stuttgart Festival of Animated Film as part of APD. The selection criteria for the Trickstar Business Award is an innovative business concept. Each project selected for APD automatically qualifies for the award; companies with an innovative business model can also apply for the award independently of participation in APD.

The submission form, along with the rules and regulations, can be found on the ITFS website.

Two years ago, APD established the special Producers for Co-Production program for creators of animation projects. From 2018 onwards, studios and service producers who operate as contractors rather than co-producers can also apply to Producers for Co-Production. In this way, APD is reacting to extensions in economic film funding by, for example, the DFFF II, which are also relevant to animation films.

Studios and service producers, distributors, broadcasters, sales agents and funding bodies can now register for participation in APD 2018 via the online form. And, until Jan. 30, the special early-bird tariff applies.