Deadline for submissions to co-production, financing and distribution forum running alongside the 24th Stuttgart Festival of Animated Film and FMX 2017 is February 27th. 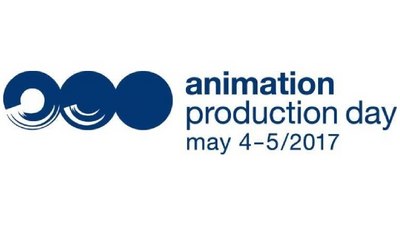 STUTTGART, Germany -- Running May 4 & 5, 2017, Animation Production Day is taking place as part of the Stuttgart Festival of Animated Film and the FMX International Conference on Animation, Effects, VR, Games and Transmedia. For the 11th time representatives from the German and international animation industry will be negotiating new ideas and formats at the most important co-production and financing market for animation projects in Germany.

The project submission forms are now available for download on the APD website. Animation projects in the areas of film, television series, mobile content, games, cross-media and transmedia projects can all be submitted until February 27, 2017. A total of 35 projects will be selected to participate in APD 2017. The chances of finding suitable production and financing partners at APD are high: around a third of projects presented in previous years have now been successfully produced. Each year in pre-arranged, one-to-one meetings, APD brings together around 130 producers, broadcasters, distributors, sales agents, funding bodies and banks.

Because APD is being supported for the first time in 2017 by the Creative Europe MEDIA program, the very successful APD Talent Programme can be further expanded. Thirteen places are available for German and European newcomers who want to present their own project at APD. The application forms for the Talent Programme are now available on the APD website. Cooperation with the international Hamburg Animation Award is also part of supporting new talent at APD. The winner of the Hamburg Animation Award will be presenting her new project at APD with support from Filmförderung Hamburg Schleswig-Holstein.

And thanks to the Creative Europe funding, a very special offer is available to delegations from EU countries with lower audiovisual production capacities who are participating in APD for the first time. Producers included in such a delegation can benefit from a one-off 5 percent reduction in the regular APD participation fee.

In previous years, APD has strengthened its network with national and international partners to accelerate financing pathways for animation projects in order to give German producers better access to the international market and to open up stronger opportunities for international co-productions. In 2017 these collaborations are being continued and expanded further. As in previous years, the APD partnership with CARTOON means that up to three German animation series projects showcased at APD can directly qualify to participate in the Cartoon Forum (September 12-15, 2017 in Toulouse). In addition, a German feature film animation can now qualify for Cartoon Movie (March 2018). As a complement to the “German Alliances in Animation” event being held by the German Producers Alliance, APD is inviting bids for a free accreditation from the best German-Irish or German-British coproduction project. And as part of the cooperation with the MIPjunior showcase, the British project Bebods is being presented at APD 2017.