The biggest yet Animation Production Day (APD) came to an end in Stuttgart, Germany on the evening of May 8. Around 120 participants from 12 different countries negotiated co-operations for the 37 selected animation projects showcased in this year’s APD in Stuttgart’s L-Bank in over 450 one-on-one meetings. The total production volume of these projects is around 130 million Euros. APD is the most important German co-production and co-financing market dedicated to animation and this was already the ninth time the event has taken place as part of FMX and ITFS.

The growing importance of APD is underlined by a success message: On May 8 a contract was concretely signed at APD. Jan Bonath (Scopas Medien AG, Germany) and Mark Mertens (Grid Animation, Belgium) signed a coproduction agreement for the project Marnie’s World.

“We’re really delighted to have signed this contract at APD,” Bonath said. “We began the negotiations here last year and now the financing is complete and the project is going into production.”

“It could never have happened so quickly without APD,” added Mertens. 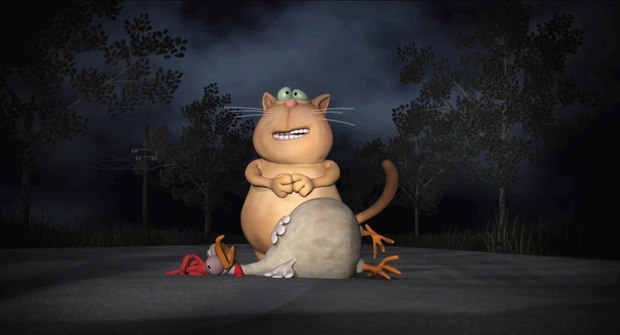 Many projects appearing at APD in previous years have now been successfully produced. The Swedish-Danish production Beyond Beyond was presented at APD in 2012, was screened at the Berlinale in 2014, and now is presented in the feature film competition at ITFS. Ulysses Film’s and Studio Rakete’s project Two by Two (Germany/Ireland/Belgium/Luxembourg), now selling very successfully internationally, was presented at APD in 2008; and even the 2015 Oscar-nominated Irish production Song of the Sea (Ireland/Denmark/Belgium/Luxembourg and France) from Cartoon Saloon was presented at APD in 2009 – 2015 it is screened as a German Premiere in the feature film competition at ITFS 2015. In addition, Latte Igel (Parka Pictures (Denmark), Dreamin Dolphin (Germany), Eagle Eye (Germany), Grid Animation (Belguim) got successfully underway at APD and is about to go into production. Famous series like The School for Vampires, Raven the Little Rascal, Knight Rusty, Marco Polo, Tom und das Erdbeermarmeladebrot mit Honig, and many more have also been presented at APD since 2007.

APD’s new “Producers Meet Producers” section got off to a very successful start this year. Here, almost 80 producers used the opportunity to meet other producers to find suitable production partners for their own projects or to become involved in other projects in order to optimize studio capacity.

“The idea for ‘Producers Meet Producers’ was developed in collaboration with the market participants and shows us that such cooperation is absolutely the right route to take,” commented Dittmar Lumpp, Managing Director Organisation & Finances, Stuttgart Festival of Animated Film and co-organizer of APD. “We want what we offer to strengthen the competitive edge of the animation industry and will continue to align APD with constantly changing market demands in the future.”

“I’m delighted that this year as many as four projects from Filmakademie graduates were presented at APD,” said Professor Andreas Hykade, FMX Conference Chair and co-organiser of APD. “We’re training highly qualified new entrants into the industry here and it’s of particular importance to me that these talents are given the opportunity to introduce their ideas and concepts in this professional environment and to make contacts which will help them establish the quickest possible foothold in the market.”

“This year, alongside the already existing partnerships, we’ve established new partnerships, for example, with CARTOON and Catalan Films&TV,” said Managing director programm of ITFS, Professor Ulrich Wegenast. “International networks are an important cornerstone to facilitate international coproductions and to set up complex financing more quickly. Extending these partnerships further is an important goal for APD 2016.”

The second part of the conference, the “Content Briefing Sessions” presented by Christophe Erbès, was all about the concrete program requirements of broadcasters and distributors. The speakers were Gabriele Holzner (Head of Family, Children and Lifestyle Programming, Hessischer Rundfunk), Wiebke Hoefer (Senior Director of Sales, DHX Media), Katharina Pietzsch (Director, ZDFE.junior) and Jo Daris (Head of Operations m4e).

The hosts of APD are the Stuttgart International Festival of Animated Film and FMX – Conference on Animation, Effects, Games and Transmedia. The event is organised by the Filmakademie Baden-Württemberg and the Film- und Medienfestival gGmbH.