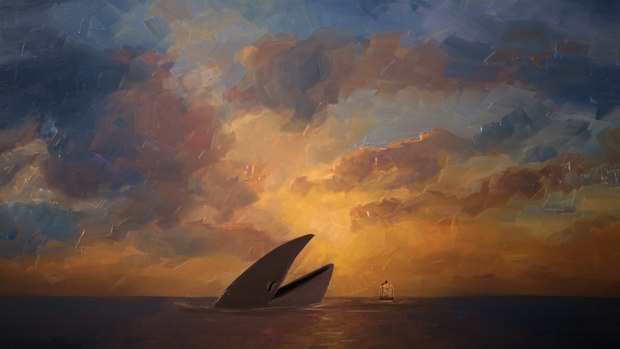 Carol Freeman’s ‘The Bird & The Whale’ one of 18 short film projects to be showcased as part of the Animation Nights New York 2019 Cannes Program.

Offered as an additional opportunity for its animation directors, ANNY has selected 18 international animated short films for exhibition as part of the Animation Nights New York 2019 Cannes Program. Films will be available for viewing May 20-25 on the ANNY channel in the Short Film Corner Library, and presented during a special market screening in the Marché du Film on May 23 at 13:30 in Palais H. Attending filmmakers will also receive access to the First Edition of the Animation Day at Cannes with Annecy. (Additional details are still to be announced.)

ANNY Cannes participants will receive festival accreditation with on-site support from the ANNY team. ANNY will host mixer events and networking opportunities with industry professionals via ANNY Exchange. In addition, ANNY will participate in events with the Cannes Court Métrage Short Film Corner.

The directors and producers participating in the ANNY Cannes Program represent more than 13 countries across four continents. World-renowned animator Bill Plympton is once again part of the curated program.

Dedicated exclusively to short films and filmmakers, the focus of the Cannes Short Film Corner is to create a meeting place for filmmakers from all over the world. ANNY films will be available on a dedicated channel May 20-25. The Short Film Corner hosts workshops and roundtable discussions for participants to learn more about the film industry and current trends. At 5:00PM daily, a cocktail hour is held in the Short Film Corner where attendees can network with other filmmakers.

The Marché du Film film market is commercial side of the festival, facilitating exchanges between sellers and buyers. Thousands of films are screened in the marketplace for buyers to view. ANNY has arranged a screening of their selected 18 films as a part of this market: Animation Nights New York holds curated monthly screening events in NYC featuring animated short films and virtual reality animation experiences from all around the world. Project submission is free and admission to their monthly screenings of in-competition films is free.

ANNY Exchange connects talent to projects. Animators are connected to XR & Traditional projects via both in person and online events.