Selection of the best films from the GLAS Animation Festival will hit select U.S. theatres this coming Fall. 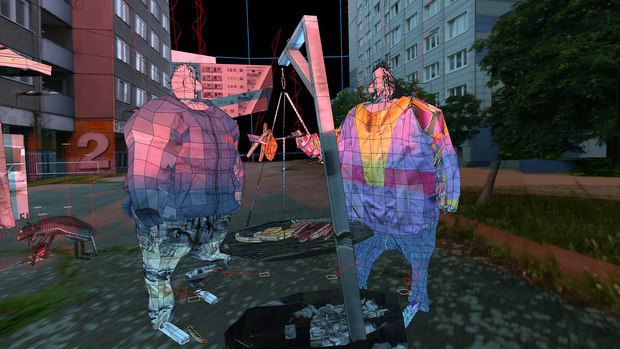 ‘Fest,’ by Nikita Diakur, one of seven animated short films in the ‘ANIMATION NEXT’ theatrical program coming this fall.

The organizers of the GLAS Animation Festival have announced that Animation Next, a selection of seven “best-of-the-best” animated shorts previously screened at the Berkeley, CA event, will be released in select U.S. theatres this fall.

The theatrical program continues the festival’s mission to showcase the newest groundbreaking independent animation. According to the festival, Animation Next features “seven bold new shorts from the newest generation to redefine what’s possible in the medium, taking you on a prismatic journey ranging from subterranean nightmares to sun-soaked coming of age stories — each exploring themes that most grip the modern world.”

“We believe in the community-driven experience of watching films with other people in a theater as a way to create a context and language for a shared understanding and appreciation of animation,” festival director Jeanette Bonds shared. “In many cases, there is also no other way to see these films as they aren’t available outside of theaters and festivals. It’s for all these reasons that we wanted to create a program of exceptional animated short films and share them as widely as possible with audiences all over the United States, and present them in the best possible manner.”

The Animation Next lineup is as follows:

I'm Going out for Cigarettes by Osman Cerfon

The Night of the Plastic Bags by Gabriel Harel

GLAS is a non-profit organization founded by filmmakers who wanted to create an annual festival that showcases independent animation from all over the world right here in the United States. Now in its fifth year, the festival’s mission has always been to champion diverse and underrepresented voices while emphasizing exceptional directors and artists that push visual, conceptual, and narrative boundaries within the cinematic artform.