Indian animation pioneer, Ketan Mehta and filmmaker, artist, and academic Professor Nina Sabnani to be honored at this year’s virtual summit; registration is open and free for the event, which runs May 4-8. 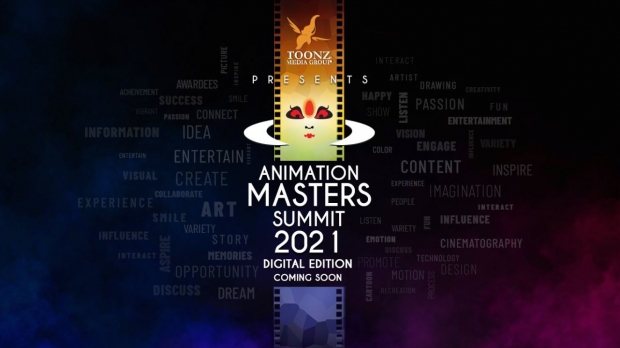 Indian animation pioneer, Ketan Mehta and filmmaker, artist, and academic Professor Nina Sabnani will be honored at the 2021 Animation Masters Summit. The virtual event, organized by Toonz Media Group, will be held May 4-8 via Zoom with the theme “Embracing Diversity: Finding Beauty in Our Differences.”

In recognition of her numerous contributions to animation and other visual art forms, in a career spanning over two decades, Sabnani will be awarded the “Legend of Indian Animation Award” at Animation Masters Summit 2021.

One of the first women to enter the animation industry in India at IIT Bombay, Sabnani is an award-winning visual storyteller. Her film Hum Chitra Banate Hai received the National Award for Best Animation Film. A Fulbright Fellow, Sabnani has done extensive research in the areas of folklore, visual ethnography, participatory filmmaking, and learning pedagogies of traditional artists. She is the author of several books on traditional art and design and has received accolades for her documentaries and short films including: The Stitches Speak (Tanko Bole Chhe), Baat Wahi Hai (It’s the Same Story) and Mukand and Riaz. In 2018 she received the lifetime achievement award (BLBA) for Illustration from Tata Trusts at the Tata Lit Live Festival at Mumbai. Her works have been showcased in exhibitions across India, including the permanent exhibition ‘Discovery of India’ at the Nehru Centre, Mumbai.

“Every year at Animation Masters Summit we give away the Legend Award to a legendary animation master in recognition of their life-long contribution to Indian Animation,” commented Toonz Media Group CEO. P. Jayakumar. “Prof Nina Sabnani is one of the most revered figures in Indian animation today. She is like a guru to all of us in the fraternity. As a pioneering woman animator, she is also an inspiration for hundreds of young women who aspire to join this industry.”

In recognition of his overall contributions to the industry, Mehta will be awarded the “Special Contribution to Indian Animation Industry Award” at Animation Masters Summit 2021.

International filmmaker, Mehta is best known for award-winning films Bhavni Bhavai (Gujarati); Mirch Masala; Maya Memsab; Mangal Pandey; and Holi and Sardar (all Hindi). A founder of the Maya Academy of Advanced Cinematics and Cosmos Maya Studios he is a recipient of the French Government’s “The officer of the realm of Arts and Literature’ award.”

“Mr. Ketan Mehta, who is being awarded the Special Contribution Award, has helped put the Indian animation community on the global map by founding one of the most successful animation studios in India,” added Jayakumar. “He also played a significant role in fostering new talent by establishing the Maya Academy.”

Both awards will be presented at the inaugural session of the Summit on May 4.

A full program line-up of keynotes, sessions, and panels – as well as free registration is available here.