Animation Magazine taps veteran film journalist Thomas J. McLean as editor, replacing Ramin Zahed, who is leaving the magazine to pursue new opportunities after more than a decade at the helm. 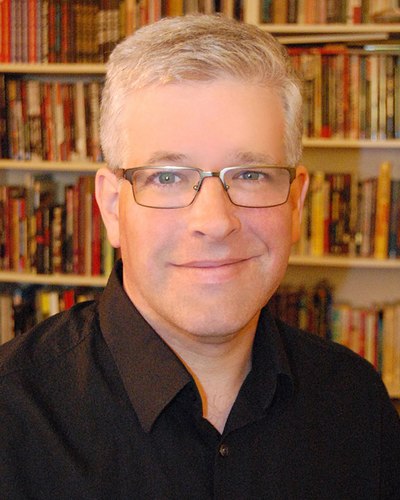 McLean is stepping in for Ramin Zahed, who is leaving the magazine to pursue new opportunities after more than a decade at the helm of the 27-year-old publication. The change takes effect as of Jan. 27, 2014.

"After ten years of vision, tireless effort and dedication to both the magazine and our industry we are very sad to say goodbye to Ramin. His brilliance, humility and humor have captivated our global audience for a decade,” says Jean Thoren, president and publisher of Animation Magazine. “He is a one-of-a-kind ‘class act,’ and we wish him all the best in his new endeavors in the production world.”

“Tom has a long history with our magazine, having first written for us in 2006 and previously serving as our online news editor,” says Thoren. “We know he can pick up the reins smoothly and are very excited at the possibilities for new and exciting directions that he and our veteran editorial team will bring to the magazine.”

McLean will oversee all editorial aspects of Animation Magazine, published nine times a year, as well as daily news stories on AnimationMagazine.net, the website’s daily newsletter and the magazine’s social media outlets on Facebook, Twitter and Google Plus.

McLean has more than two decades of experience as a professional journalist, having most recently covered visual effects and animation in feature films for AwardsLine, the awards-season publication of Deadline.com, and Variety. His writing on animation, film, television and comic books has appeared in Variety, The Hollywood Reporter, Animation Magazine, VFX World, AwardsLine and Publisher’s Weekly, among others. He has interviewed animation and VFX luminaries such as John Lasseter, Henry Selick, Peter Jackson, Guillermo del Toro, John Knoll, Sam Register and Stan Lee.

“Coming back to Animation Magazine is a dream come true,” says McLean, who was Animation Magazine’s online news editor from 2009-2011. “It’s great to reunite with the fantastic crew that puts out this industry-defining magazine and to help it continue to grow and thrive in the 21st century.”

McLean has extensive experience in events, having moderated panels at the Animation World Summit; the Television Animation Conference at the Ottawa International Animation Festival; Book Expo America; the ICV2 Conference and New York Comic-Con. He has appeared as a panelist on multiple sessions at such events as Comic-Con International: San Diego.

McLean also was the co-founder in 2003 of Variety’s comic-book blog, Bags and Boards. He was a judge for the 2005 Will Eisner Comic Book Industry Awards and the 2006 Comic-Con International Film Festival.

He wrote the book Mutant Cinema: The X-Men Trilogy from Comics to Screen (2008, Sequart) and appeared on-screen as an expert on the franchise in the 2013 Sequart documentary Comics in Focus: Chris Claremont’s X-Men, directed by Patrick Meaney.

McLean previously held staff positions as features editor at Below the Line, in the special sections department of Variety.  He began his career working in various news- and feature-writing and editing roles at the Daily Breeze in Torrance, Calif.; The Idaho Statesman in Boise, Idaho; and the Arizona Daily Sun in Flagstaff, Ariz.

He earned a Bachelor of Arts in journalism from the University of Arizona in 1991. He is a native of Edmonton, Alberta, Canada, and lives in Los Angeles with his wife and toddler daughter.