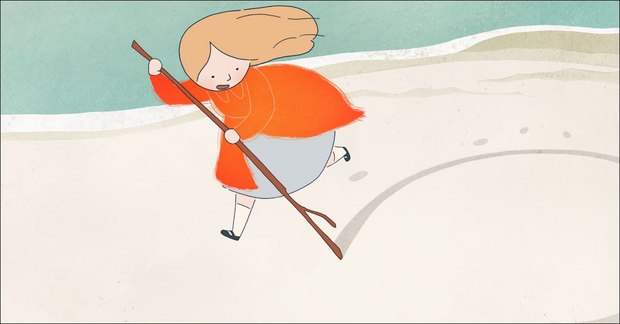 Trade association Animation Ireland, representing Ireland’s best animation studios, has announced that two of its member companies, Pink Kong Studios and Cartoon Saloon, will both premiere animated short films, Departure and Late Afternoon, at the 29th Galway Film Fleadh this weekend. Both films were funded by the Irish Film Board and RTÉ as part of the multi award-winning Frameworks Film Scheme.

Animation Ireland noted they find many film producers believe that the Frameworks Film Scheme is a perfect stepping stone to other international film festivals. The films begin an 18-month festival circuit at the Galway Film Fleadh, with the potential to win the prestigious James Horgan Award for best animated short, ensuring Oscar eligibility.

Departure by Pink Kong Studios was written and directed by Aoífe Doyle and produced by Niamh Herrity. The 9-minute animated short film centers on an Irish grandmother’s unexpected departure from her lonely life. Faced with the prospect of yet another Christmas without her emigrated family, Alma is at an all-time low, until forces greater then herself conspire to change her fate. Aoife’s previous work includes Urban Tails and Top Cat the Movie.

Commenting on the film, director Aoife Doyle said: “I’m really proud of the talented crew who gave their all to this project. It’s such a thrill to see the hard work translate to screen and watch it for the first time with a live audience. We are honored to be included in such an amazing line up of animated short films at this year’s Galway Film Fleadh.”

The other animated short film, by Kilkenny studio Cartoon Saloon, is titled Late Afternoon and tells the story of Emily as she drifts through her memories, reliving moments in her life. She exists between two states, the past and the present, but struggles to connect them. Louise’s previous film works include Song of the Sea and Puffin Rock.

‘Late Afternoon’ was written and directed by Louise Bagnall and produced by Nuria González Blanco. Commenting on the film, Louise Bagnall said: “I’m very excited to see Late Afternoon and the other shorts on the big screen at Galway Film Fleadh. It’s really the culmination of a lot of hard work and dedication from the whole team. I am so proud of the film and I can’t wait to share it with an audience!”

The Annual Galway Film Fleadh runs from Tuesday July 11th until Sunday, July 16th. The Fleadh is in its 29th year, with a range of films and events.

Animation Ireland works to promote Ireland’s world-class animation sector internationally. As the world of entertainment has ignited, millions of children are now watching animated programs produced in Ireland. In a relatively short space of time, the Irish animation sector has witnessed significant growth and has been recognized with awards for TV, film, games and visual effects. There are over 1,700 full time staff involved in the industry.