Biennial awards ceremony celebrating the world-class creative talent within the Irish animation, VFX and gaming industries to be held at the Animation Dingle festival on March 23, 2019.

Animation Ireland, the representative body for animation studios in Ireland, has announced that that entries are now open for the 2019 Irish Animation Awards.

The 2019 awards ceremony will take place in Dingle on March 23, 2019 and is Animation Ireland’s biennial awards ceremony to acknowledge and celebrate the outstanding, world-class creative talent within the Irish animation, VFX and gaming industries. The ceremony will take place during the Animation Dingle festival, an internationally renowned annual event which has been hosted in the Kerry town for the past five years. 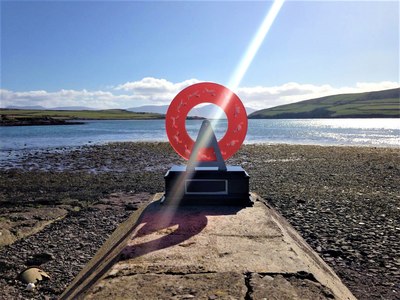 Resembling a Phenakistoscope, the statuette for the 2019 Irish Animation Awards is designed by animator, filmmaker and teacher Eimhin McNamara.

There will be a total of seventeen award categories, including Best Animation, Best Animation for Apps and Gaming and Best VFX in an Animated TV Series or Film. The deadline for submissions is December 10; submission requirements and regulations can be viewed here.

‘‘Over the past twenty years, Ireland has gained a reputation as a world leader in the animation industry. The Irish Animation Awards is a wonderful opportunity to celebrate the amazing creative and technical talent we have in Ireland and all the hard work and dedication of the studios and producers across the country,’’ said Animation Ireland chairperson Moe Honan commenting on the call for entries.

‘‘The entry process is now open in all categories and we welcome submissions from all,” Moe continued. “With so many amazing productions over the past eighteen months it will be an extremely tough year for the judges, which is just what we want.’’

Winners of each category will receive a statuette designed by animator, filmmaker and teacher Eimhin McNamara. The statuette resembles a Phenakistoscope which was an early animation device used to create an illusion of motion.