FIAF’s event will be held in-person February 11-13, followed by an online edition from February 14-21; highlights include film premieres, a glimpse at highly anticipated works in progress as well as panels with leading animators. 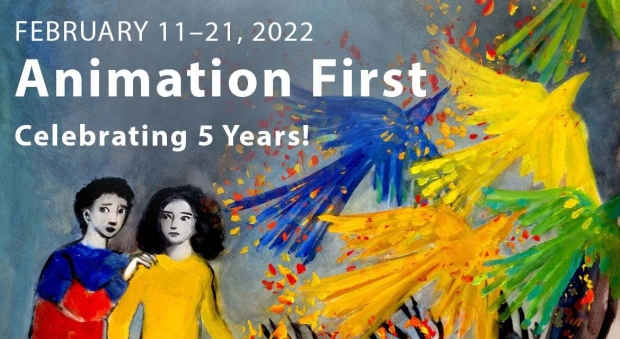 The French Institute Alliance Française (FIAF) has announced the return of Animation First 2022 to an in-person event with a lineup of programs from February 11-13. However, due to the success and national reach of the FIAF 2021 virtual edition, the event will also continue online with exclusive content from February 14-21.

This year’s highlights include 51 premieres; feature-length films; short films; immersive exhibits; video game demonstrations; and panels with leading animators. The festival’s first female Guest of Honor, Florence Miailhe, will present the NY premiere of her first feature, The Crossing, along with an in-depth discussion and a program of her short films. In conjunction with the Metropolitan Museum of Art exhibit Inspiring Walt Disney: The Animation of French Decorative Arts, the festival will also take a deeper look at the cultural connection between the two countries with a panel discussion on how the world of Walt Disney inspired French animation.

Animation First 2022 will feature several anticipated works in progress, student shorts competition, conversations with award-winning filmmakers, and interactive workshops. Free augmented and virtual reality programs, along with video game exhibits, will be available to the public throughout the festival weekend in the FIAF Gallery.

“The 5th anniversary of Animation First promises to be another edition full of discoveries and wonder for all audiences,” shared the event’s curators Delphine Selles-Alvarez and Catherine Lamairesse.

For additional information and a full line-up of events, visit the event website.