Taking place October 22-24, the festival kicks-off with the North American premiere of Netflix’s feature, ‘The Summit of The Gods;’ virtual program will be free to view during the event – tickets are now available. 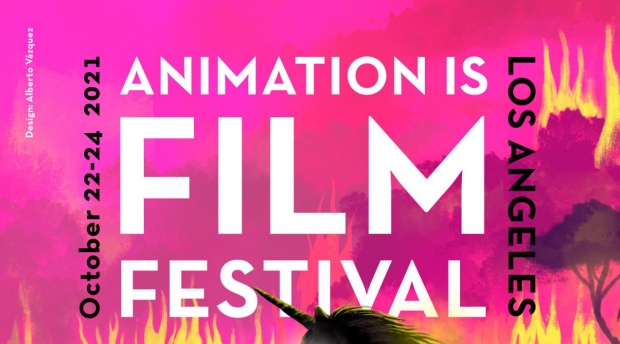 Animation Is Film (AIF) has announced the festival’s jury and special events lineup for its fourth edition, which takes place in-person October 22-24, returning to its home at the TCL Chinese 6 Theatres in Hollywood.  The festival kicks off Opening Night with the North American premiere of the highly anticipated Netflix feature, The Summit of The Gods, followed by an in-person Q&A with award-winning director Patrick Imbert (The Big Bad Fox and Other Tales).

Tickets for Animation Is Film are now on sale at animationisfilm.com.

Also announced, the jury members for this year’s festival, special events, and the extremely popular Annecy International and Women in Animation curated program. LAIKA will also host a showcase of all five of award-winning animation studio feature films presented in a curated display in the TCL lobby; characters include: Coraline, ParaNorman, The Boxtrolls, Kubo and the Two Strings and Missing Link.

"This year's Animation Is Film jury is made up of a panel of notable industry professionals whose uniqueness and diversity matches the Competition lineup itself,” shared festival director Matt Kaszanek. “This is a truly wonderful group, and we're honored to have them.”

The debut of an international showcase of 2021 female-directed animated shorts, curated in partnership with WIA and Annecy. This program features a diverse array of beautiful, dynamic storytelling experiences that cover a wide variety of subject matter and artistic styles—a concise but compelling display of women’s vision and voice in today's global animation community.

Free and available for viewing at AnimationIsFilm.com during the festival.

Tale As Old as Time: Beauty and The Beast Turns 30