Running October 18-20, the festival will showcase 10 new animated features and special presentations, including ‘I Lost My Body,’ ‘Ne Zha,’ ‘White Snake’ and ‘No. 7 Cherry Lane.’ 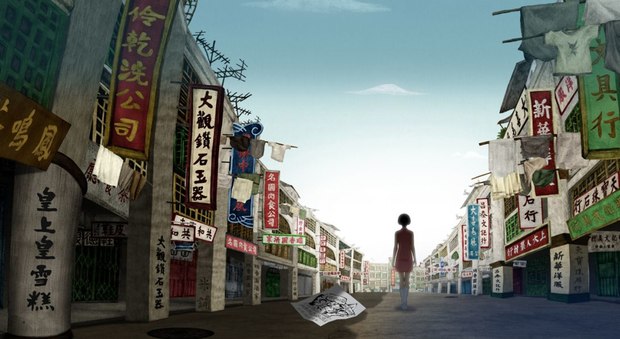 LOS ANGELES -- Animation is Film has announced its preliminary line-up for the third edition, taking place October 18-20 at the TCL Chinese Theater in Hollywood. The festival will present a showcase of new animated feature films from Asia, Europe, South America and North America. Weathering with You will open the festival with director, Makoto Shinkai, and producer, Genki Kawamura, in attendance. The French film, I Lost My Body, will close the festival; both director Jeremy Clapin and producer Marc du Pontavice will be attending.

This year there will be 10 feature films in competition for both juried and audience awarded prizes. The festival will also present special screenings, retrospectives, short films, panel discussions, sneak peek “making of” and “behind the scenes” presentations, receptions and parties rounding out the three-day event.

“In partnership with Annecy, we are thrilled to present our third annual slate of amazing animated filmmaking from around the world,” commented GKIDS and AIR founder, Eric Beckman. “The range of artistry on display this year for LA audiences is truly remarkable, from celebrated Cannes, Venice, and Annecy winners, to enormous box office megahits, to lovingly told personal stories. There are films from self-taught, first-time filmmakers and revered masters. From expressionistic to cartoony to photo-realistic to provocatively experimental. There is stop motion, hand drawn, hand painted, 3D CGI, comedy, romance, heart-rending drama, psychological thriller, epic fantasy, and so much more that simply can’t be categorized. If anyone still suffers under the misimpression that animation is a family entertainment genre, the festival will open their eyes to the wide, practically unlimited possibilities that this potent artform is capable of.”

“The quality and diversity of the films presented at Animation Is Film this year reinforces Annecy’s satisfaction of being associated with an event that has already found its place after only 2 editions and is a genuine springboard in North America for the world’s best independent animation," added Annecy’s CEO & director, Mickael Marin.

Weathering with You, from the creative team behind the hit Your Name, is the highest grossing film of the year at the Japan box office, as well as Japan’s official International Feature Film entry to the 2020 Academy Awards.

With Tokyo flooding under unceasing rains, runaway teen Hokoda meets Hina, a mysterious girl who has the power to part the clouds and bring the sun. From director Clapin and Amelie screenwriter Gullaume Laurant, I Lost My Body is winner of the Nespresso Grand Prize in Critics’ Week at Cannes as well as both the Cristal for Best Feature Film and the Audience Prize at Annecy.

In a Parisian laboratory, a severed hand escapes its unhappy fate and sets out to reconnect with its body.

The opener of this year’s Critics’ Week in Venice, Rao’s hand-painted feature debut is an ode to a city and its cinema.

Set in Mumbai, the crisscrossing narratives of the different characters center on Kamala, a young woman attempting to escape her fate, in this celebration of memory, art, music and color.

Children of The Sea – US Premiere
(dir. Ayumi Watanabe, Japan) FILMMAKER IN PERSON

Children of the Sea is the latest feature from Japan’s Studio 4°C (MFKZ, Tekkoninkreet, Mind Game, Genius Party), with a score by award-winning composer Joe Hisaishi (Spirited Away, My Neighbor Totoro).

In this ethereal fantasy, Ruka is drawn toward the sea by a haunting whale song and two mysterious boys, Umi and Sora. Little does she know she has been chosen as the catalyst of a cosmic event.

Annecy award-winner Damian’s new film features Marona, a mixed-breed Labrador, who after an accident reflects on her past homes and experiences. Journeying back through her memories she reflects on the deep impressions she has made on her owners’ lives. With Marona’s unfailing love and empathy she had provided lightness and innocence to her families. Set in 1967 Hong Kong, university student Ziming shows up for a tutoring gig and becomes the object of fantasy for both his student Meiling as well as her mother, Mrs. Yu. He takes Mrs. Yu to the movies and through a series of magical moments on the big screen, forbidden passions are revealed.

Yuasa (Mind Game, DEVILMAN crybaby) is back with his fourth feature film, a heart-rending but uplifting tale of love and loss, that retains Yuasa’s slightly anarchic and subversive sensibility.

Hinako is a surf-loving college student who has just moved to a small seaside town. When a sudden fire breaks out at her apartment building, she is rescued by Minato, a handsome firefighter, and the two soon fall in love. But just as they become inseparable, tragedy strikes. SHe is a harrowing critique of a patriarchal society. In a dystopian world, male shoes, all black polish and metal grommets, are in charge, while the females, red high-heels with spindly vines, are caged and kept strictly for breeding purposes. Under disguise, a female breaks loose and attempts to move beyond her confines, but her attempt alters not only her fate but the very fabric of the society. In the summer of 1998, Kabul is in ruins and occupied by the Taliban. Atiq and Mussarat have been married for years and now barely talk to each other. He can no longer bear working as a guard in a women's prison and she is in agony and suffering from an incurable illness. Mohsen and Zunaira are young and love each other. But Mohsen commits a foolish act that transforms their destiny. One day a young snake-catcher names Xuan discovers a mysterious woman by a waterfall and saves her life. The woman has lost her memory and together they go on a fantastical adventure to discover her real identity. Conceived as a prequel to an ancient and enduring story in Chinese history, White Snake presents a tale of trickster demons, deadly mythical beasts, assassins, wuxia action, and the promise of eternal love. With the release of Ne Zha, the Chinese animation industry has come into its own. The $20 million budget film has grossed $700 million at the Chinese box office.

The screening of Ne Zha will be followed by a discussion with co-writer/producer and Coloroom CEO, Qiao. Coloroom has produced hits such as Nezha and Monkey King: Hero is Back, art house titles Big Fish and Begonia, Da Hufa and Have a Nice Day, and is also distributor for the popular anime films, Your Name and Spirited Away. Son of the White Mare is a swirling, color-mad maelstrom of mythic monsters and Scythian heroes, part-Yellow Submarine, part-Nibelungenlied. Directed by Hungarian animator Jankovics (known for his 1974 Oscar-nominated short Sisyphus), the film has been restored in 4K using the original 35mm camera negative and sound elements.

Steven Universe, the award-winning TV show, follows Steven and the Crystal Gems, a team of magical aliens who fight to protect the planet Earth. Steven is the half-Gem half-human son of the Crystal Gems' late leader Rose Quartz and local musician Greg Universe. Steven's friends and family support him as he grows into his powers and figures out how to be himself.

In his first musical TV movie, Steven Universe thinks his time defending the Earth is over. But when a new gem comes to Beach City seeking revenge, Steven faces his biggest challenge yet.

Presented by Women in Animation & Annecy International Animation Film Festival, this program features a diverse array of short films from around the world, showcasing some of the best animated shorts directed by women in 2019.

Hair Love is a story about learning something new. After retiring from the NFL, wide receiver Matthew A. Cherry moved to Los Angeles and switched gears to begin work in film. When he launched a Kickstarter campaign to make an animated short about a black father’s struggle to learn how to style his young daughter’s hair, it became the most highly funded short film in the platform’s history and the film was released in theaters nationwide.  Join director/writer/producer Cherry, director Everett Downing Jr., and producer Karen Rupert Toliver for a screening of the short and a behind-the-scenes look at the making of Hair Love.

The latest from Magic Light Productions, creators of The Gruffalo and Roald Dahl’s Revolting Rhymes, Zog tells family-friendly story of a young fire breather and his first days at Dragon School. Join Lang for a special presentation of the film in its entirety, followed by a behind-the-scenes commentary of its making.

For tickets and additional information, visit the festival website.