ASIFA-Hollywood’s non-profit association of teachers and scholars names first inductees into its new Hall of Fame, honoring the most influential artists and scholars in the history of animation. 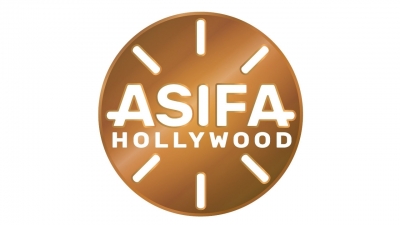 ASIFA-Hollywood’s Animation Educators Forum (AEF), a non-profit association of teachers and scholars whose focus is the art of animated film, has created a Hall of Fame dedicated to the artists and scholars whose teachings have influenced the history of animation. The AEF announced that it has selected the inaugural group, as listed below, and will continue to honor new inductees every year.

Babbit began at Terrytoons before becoming one of Walt Disney’s top animators, where he was an early champion of animation unions. He helped jump start Disney’s in-house training program and taught at USC and the Animation Guild. Babbit also lectured at Richard Williams’ London studio in 1973. For many years Williams’ notes of Babbit’s lectures were considered essential reading for animators.

Bendazzi authored “Cartoons − 100 Years of Cinema Animation,” which became a standard textbook in the field. He later edited the three volume “Animation: A World History.” Bendazzi taught animation history at the Università degli Studi di Milano (2002-09) and the Nanyang Technological University of Singapore (2013-15) and was an adjunct professor at Griffith University in Australia.

Braxton was the first black animator to break the color barrier at Walt Disney, and later, Warner Bros. He also worked for MGM and John Hubley and was a President of the Screen Cartoonists Guild. In the late 50s, Braxton began an animation program near Watts for minority high school students.

David, a Hungarian-American animator, was a pioneer woman in animation. Described as “New York’s Master Animator,” she worked extensively on commercials and projects for Jean Image, John Hubley, Richard Williams, and Michael Sporn. Wherever she worked she conducted masterclasses for young animators. She also guest lectured at NYU Tisch School of the Arts and the School of Visual Arts.

With his colleague Ivan Sutherland, Evans conceived and built one of the earliest computer graphics programs in the world at the University of Utah. Their program produced numerous breakthroughs and trained many of the principal figures in the Digital Revolution that transformed motion pictures and interactive games in the 1990s.

Graham started teaching at Chouinard Art Institute.  Later, Walt Disney brought on Graham to improve the drawing skills of his animators and organize a training curriculum. Many of them credit Graham with changing their approach to drawing, and in so doing, changing the direction of American animation. After 1941 he continued to teach at Chouinard and Ray Patin Studio until his retirement in 1970.

Macaulay began in England at J. Arthur Rank and later moved to Canada where he worked for the National Film Board and several live-action production companies. He was among the first group of animation instructors at Sheridan College’s new animation program in the early 1970s. Until his retirement in 1988, he trained Canada’s top animation talent, who would not only be major players in their own domestic industry, but who would fan out across the world and contribute to productions from Berlin to Bristol, Brisbane to Beijing.

When AEF asked Cal Arts grads of the 70s, “Of all your teachers, if you had to name one who was paramount to your education, who was it?” The overwhelming response was Bill Moore. Moore began at Chouinard, then moved to Cal Arts to teach the fledgling animation program. Many credited him with not just learning technique, but critical thinking.

In 1941, Novros left his job as a Disney layout artist to start Graphic Films, which became known for its large format films and its work on the visual effects for 2001: A Space Odyssey. In 1942, he established USC’s first animation class: “Principles and Mechanics of Animation.” He later developed his “Filmic Expression” class, which inspired several generations of live-action and animation filmmakers.

If you wish to suggest a worthy candidate, you’re invited to send your suggestions to Tom Sito, administrator, via https://animationeducatorsforum.org