Award-winning artists, directors and animators Nicolas Ménard, Louise Bagnall, Conor Finnegan and Eimhin McNamara will screen their animated films in Chapter, Cardiff on Saturday, July 22nd as a preview event for the new Cardiff Animation Festival (April 2018), both of which are organized by Cardiff Animation Nights. 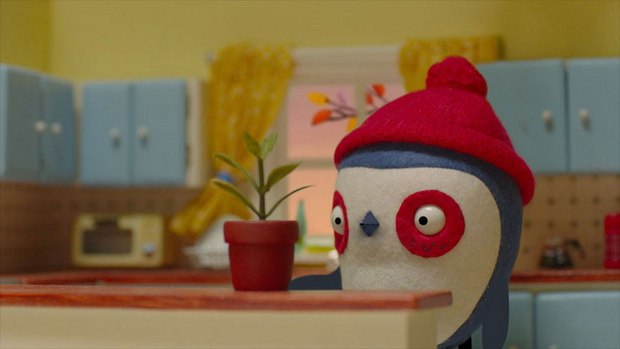 Award-winning artists, directors and animators will visit Cardiff this month to talk about their work. Nicolas Ménard, Louise Bagnall, Conor Finnegan and Eimhin McNamara will screen their animated films and discussing their creative work at Chapter, Cardiff on Saturday, July 22nd.

The filmmakers come to Cardiff from London, Manchester, Dublin and Kilkenny, and are part of renowned international animation collective Late Night Work Club (LNWC). The collective has made waves in the animation scene since the release of their first anthology of animated short films, Ghost Stories, in 2013. Their second anthology, Strangers, was released in 2016 to wide acclaim, with contributions such as Kirsten Lepore’s Hi Stranger becoming viral hits.

Nicolas Ménard is a Canadian artist and animation director living and working in London. His distinctive character designs thread their way through the many short films, GIFs, prints, books and interactive art, both personal and for clients such as Google, Universal and Time Magazine. Ménard’s film Wednesday With Goddard, which recently won Best Animated Short at SXSW, is part of Strangers, the second LNWC anthology.

Louise Bagnall is an Irish animation director currently working at Cartoon Saloon, Kilkenny, where she has worked on feature films Song of The Sea, the forthcoming The Breadwinner and the Puffin Rock television series. Bagnall’s “Loose Ends” features in Ghost Stories, the first LNWC anthology. Her next film as writer-director, Late Afternoon, is due for release later this year.

Conor Finnegan is currently in development on a TV series spin-off from his multi-award-winning short, Fear of Flying. His work, for clients such as Google and Dorset Cereals, utilizes various techniques including stop-frame animation, 2D/ 3D and live action. Finnegan’s dark and bloody 2D animated short Asshole can be seen in LNWC’s first anthology Ghost Stories.

Eimhin McNamara is an Irish animation director working using traditional techniques such as watercolor painting and paper cut-outs for short films, music videos and commercials. He also teaches stop-motion to children with Paper Panther Productions in Dublin alongside Pádraig Fagan and Carol Freeman. McNamara is one of the original founding members of LNWC.

Getting to know each other through online collaboration, some collective members will meet for the first time in Cardiff. The four will speak about their acclaimed animation work in a masterclass chaired by Ben Mitchell, author of Independent Animation: Developing, Producing and Distributing your Animated Films.

The event is a taster for the brand-new Cardiff Animation Festival, which is set to launch in Cardiff in April 2018. Running for three days, from the 20th-22nd April, the festival will celebrate all things animated, with screenings, talks, parties, industry events, workshops and masterclasses from animation industry greats.

Tickets to see Ménard, Bagnall, Finnegan and McNamara’s masterclass, as well as LNWC anthologies Ghost Stories and Strangers, are available from Chapter’s box office at chapter.org or on 02920 30 44 00.