Animation Breakdown Returns with ‘The Greatest Shorts On Earth!’ 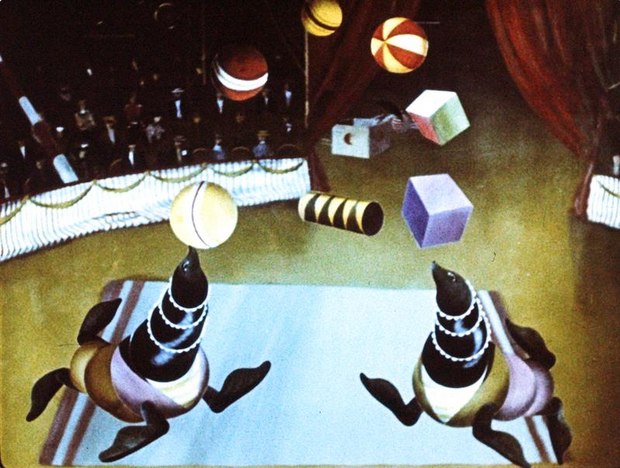 More than half a year after The Cinefamily’s closure, Animation Breakdown -- Los Angeles’s ongoing animation screening series -- makes its triumphant return Saturday evening with a program at the historic Bob Baker Marionette Theater.

In celebration of “The Circus,” the legendary puppet troupe’s current production, Animation Breakdown has gathered a choice selection of vintage big top shorts from some of world animation’s greatest ringleaders for their program, “The Greatest Shorts On Earth!: Animated Circus Films from Eastern Europe.”

Little seen in the U.S., the films of Eastern Europe’s mid-century maestros stand as some of the most inventive, beautiful and charming children’s films of all time, and the 1950s and 60s yielded several Czech and Polish shorts celebrating the magic of the three-ring spectacle. Directed by animation legends including Jiri Trnka, Břetislav Pojar and Karel Zeman, and starring a cast of enchanted toys, clumsy clowns, an ice-skating lion, and many more, these films are all rendered in gorgeous stop-motion and cut-out animation and sure to delight children of all ages.

The program screens as part of The Bob Baker Marionette Theater’ “Sideshow Spectaculars” circus film series, and is included in Saturday’s “Animals and Animation Night,” which will feature not only ABD’s program but also puppet performances from the troupe and live animal acts (including a psychic dog) for what promises to be an evening of fun for the whole family!

Watch Animation Breakdown’s original trailer in the player below: