Splashy deals for ‘Next Gen,’ ‘Terra Willy’ and ‘Fireheart’ just part of the picture as the growing medium’s potential for success draws attention. 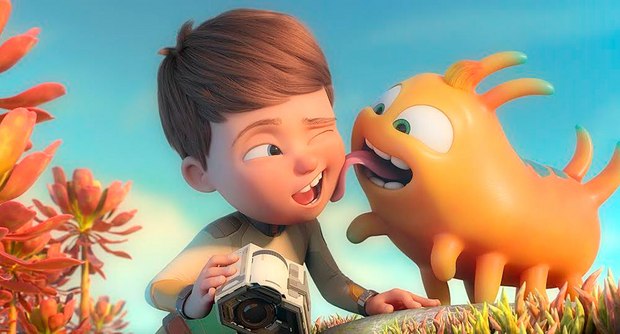 Animation has been the toast of the town at the 2018 Cannes International Film Festival and Marche du Film, with announcements of high-profile deals, constant pitches and demos.

The biggest deal to date has been Netflix’s acquisition of the animated robot feature Next Gen for $30 million. Directed by newcomers Kevin R. Adams and Joe Ksander, the movie will feature the voices of Michael Pena, Jason Sudeikis, David Cross, Kitana Turnbull, and Constance Wu.

Other projects making a splash include Missing Link, the new feature from LAIKA that Annapurna Pictures is backing and will release in the United States; and Fireheart, a $40 million production from the makers of Ballerina (a.k.a. Leap). Both are seeking distribution deals.

Writing of the boom, Variety notes that animated family fare travels well and is seen as a safe bet for investors seeking a profitable niche amid Hollywood blockbusters and local breakouts. But the trade also notes the field is a crowded one and that producing films that can compete with giants like Pixar, Disney, DreamWorks, Illumination, Sony and more is costly and time-consuming.

As the theatrical space overseas for independent films is squeezed ever more tightly by Hollywood blockbusters and local breakouts, the business is homing in on movie genres that can deliver bountiful sales or seven-figure box office returns in major territories. One of those film types is family entertainment.

With animation production growing all across Europe, Spain has made some of the most impressive leaps and bounds by producing high-quality movies in both the family and arthouse categories. On the family side, producers such as Ilion Animation Studios have shown they can succeed with movies like Planet 51, Tad and Capture the Flag, leading to collaborations with Paramount on the forthcoming Wonder Park and Skydance Media.

Tax rebates have helped grow animation as an industry in Spain’s Canary Islands, where about 18 production houses or studios have set up shop.

Cannes’ interest in animation extends to the interactive, with the weekend debut of the first chapter in Baobab Studios’ immersive animation experience Crow: The Legend. Directed by Baobab co-founder Eric Darnell, the project features the voices of John Legend and Oprah Winfrey. Based on a Native American tale of the origin of the crow, the project lets viewers break the fourth wall and join the characters in the story.