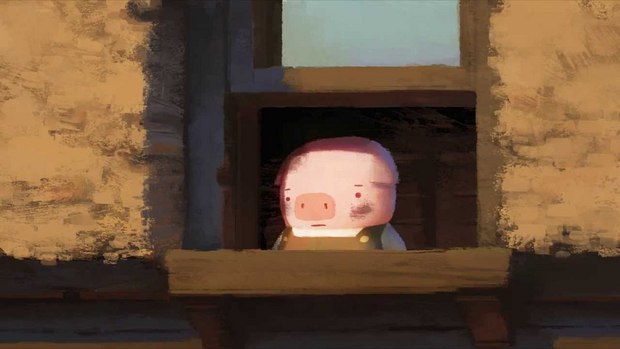 Animation Block Party has opened its call for submissions to its 12th annual short film festival, set to run July 30 - August 2 at Rooftop Films and BAMcinématek in Brooklyn, NY.

ABP is dedicated to exhibiting all genres of the world's best independent, professional and student animation. Submissions will be accepted until June 1. The festival offers juried prizes for top films, including software from Toon Boom, DigiCel FlipBook and Dragonframe.

Animated shorts running from 30 seconds to 30 minutes are eligible for submission. For entry fees and submission guidelines, visit animationblock.com/submit.

The full festival lineup for the 12th annual Animation Block Party will be announced on June 19 at animationblock.com.

In the meantime, the BAMkids Film Festival is running this February 7-8, and will feature two Animation Block Party-curated programs highlighting the world’s best animation for kids.

Counting Stars is an Animation Block Party program meant for two-to-five-year-olds, with numbers, balloons, tricycles, and stars. An exclusive episode of Nickelodeon’s popular PAW Patrol series will be appearing in this program along with brand-new cartoons from Sesame Street.

Farther and Faster is an Animation Block Party program aimed at five-to-eight-year-olds with a look at adventures and objects in motion. JibJab’s popular StoryBots cartoons will appear in the show, alongside international festival winners such as the Oscar-nominated The Dam Keeper, A Tale of Momentum & Inertia and Vol au Vent.