Animation Block presents an inside look at the career of Frederator’s Fred Seibert followed by a Q&A session with Seibert and select filmmakers at the Brooklyn Academy of Music on Thursday, May 8. 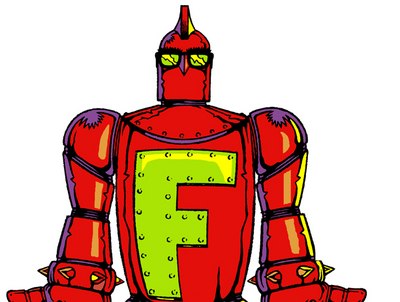 The eleventh annual Animation Block Party film festival is still a few months away, but in the meantime Animation Block will be hosting a special showcase event featuring Frederator’s Fred Seibert at the Brooklyn Academy of Music.

On Thursday, May 8, Animation Block presents this inside look at the career of Fred Seibert, the most prolific animation producer of the past 25 years. Seibert was MTV's first creative director and worked as president of the Hanna-Barbera cartoon studio in the early 90s. He established Frederator Studios in 1998, whose cartoon hits include Adventure Time, My Life as a Teenage Robot, The Fairly Odd Parents, Powerpuff Girls, and Dexter’s Laboratory.

Part of BAMcinématek, highlights from the night will include the first Adventure Time pilot, the first Larry & Steve cartoon, and more. The screening will be followed by a Q&A session with Fred Seibert and select filmmakers.

ABP 2014 is open for festival submissions until June 2nd: http://animationblock.com/submit