Second edition of New York City showcase event to feature new experimental and narrative animation along with expert panels on the state of the industry. 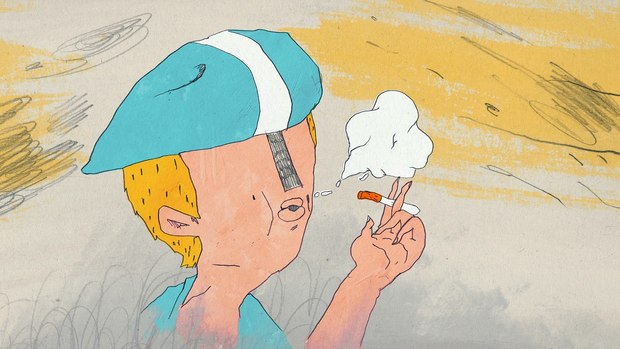 Each night gurus of contemporary animation -- Jeffrey Scher (USA), Holger Lang (AT) and Alexander Stewart (USA) -- will discuss the state of European animation. Panels will cover with differences between experimental and artistic approaches in the field of animation on both sides of the Atlantic and with the industry itself, including the possibilities for European filmmakers in the United Stated as independent and applied artists.

Emphasizing the new, the exciting and the unconventional, while finding the space to reflect on the continuing potential of the traditional techniques as well, Animated Spirits gives a carefully curated program, picking from the cream of European animation to bring to the NYC audiences. Two selections will be screened each night: EXPERANIMA, featuring highlights of the most inventive animated films, which seek to discover the boundaries of animation and live action, narrative strategies and the visual language of animation and ANIMASTORY which offers mesmerizing fictional stories with unique visuals.

The event is curated by animation historian Anna Ida Orosz, who is a lecturer at the Moholy-Nagy University of Art and Design and co-founder and curator of Primanima Short Film Festival, Budapest. Both screenings are free and open to the public.

Followed by a panel discussion and Q&A with Jeffrey Scher (USA), New York-based filmmaker and animator; lecturer at the School of Visual Arts and adjunct instructor at the NYU Tisch School of the Arts; opinionator at the New York Times and Holger Lang (AT), Assistant Professor and Research Faculty, Webster Vienna Private University and Adjunct Professor, Webster University St. Louis

Reservations for the May 4 screening can be made here. The first screening will be followed by a reception and networking event at the Austrian Cultural Forum NY.

Followed by a discussion and Q&A with with Holger Lang (AT), Assistant Professor and Research Faculty, Webster Vienna Private University and Adjunct Professor, Webster University St.Louis and Alexander Stewart (USA), filmmaker and co-director of the Eyeworks Festival of Experimental Animation in Chicago.

Reservations for the May 5 screening can be made here.