Based on ‘My Life in Versailles,’ the acclaimed 2D film inspired by the 2015 attack, new series will follow the film’s main character, 8-year-old Violette, who after losing her parents, is sent to live with a relative where she must face and conquer her traumatic past. 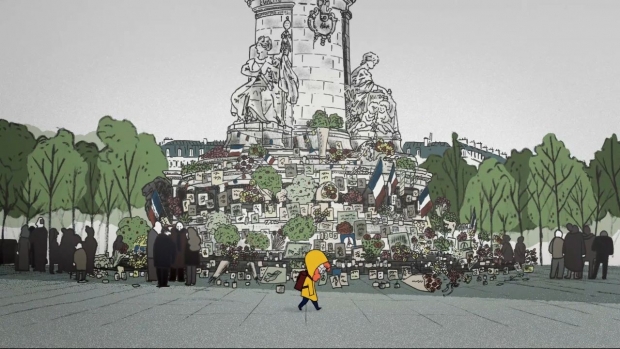 My Life in Versailles, the acclaimed 26-minute 2D animated short, will be developed into a TV series (6x26) with the support of France Télévisions. The film received numerous accolades at festivals including the Annecy Festival, New York Int’l Children’s Film Festival, and Trickfilm Stuttgart, and is inspired by the Paris 2015 terrorist attacks. The story is a universal statement about children, trauma, and reconciliation. In the film, Violette’s whose parents were killed in the Paris terrorist attack, is sent to live with her uncle, a gruff man she hardly knows who, is a caretaker at Versailles.

The series follows Violette’s adventures after the death of her parents, after the authorities send the eight-year-old to live with her Uncle Régis, who works as a caretaker at the Palace of Versailles. She initially dislikes her uncle who she perceives as a scary ogre who does not like children. So, Violette, a hot-headed, stubborn little girl decides not to speak to him and runs away whenever she can. But little by little, Régis and Violette get to know each other and grow close, forming a new family. She also regains her self-confidence and begins to move on from her traumatic past, all thanks to her uncle, her best friend Malcom, her kindly social worker, and all her new friends.

The project was presented at this year’s Cartoon Forum – click HERE to see the My Life in Versailles – TV Series Introduction.