In trailer for South Africa-based collective Lucan’s new series, hand-drawn characters mixed with 3D environments create a distinct, textured look that transports viewers through the streets and coast of Mozambique. 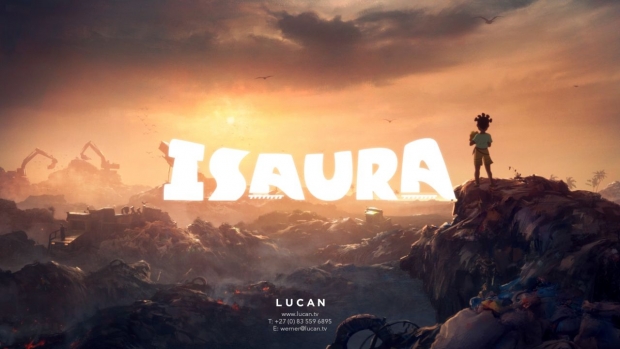 South Africa-based Lucan has released a trailer for their upcoming animated series, Isaura, currently in development. The series follows Isaura, a young girl from a fishing village in Mozambique who attains the ability to breathe underwater and communicate with turtles as she journeys along the east coast of Africa. The series will feature her fight to conserve the ocean, as well as various social and political climate change issues.

Isaura Trailer from Lucan on Vimeo.

Isaura is the brainchild of Lucan, an animation and film collective based in Cape Town. The series fuses Africa’s southern and eastern coastal folklore and culture, emphasizing the importance of a young, African female protagonist when so much of modern media diminishes and depicts African countries as victims of war, poverty, and environmental devastation. Throughout the season, viewers will travel through the streets and coast of Mozambique with Isaura and her family, who make their living as fishermen in a small village. Isaura evolves into a bright young woman, teaching young audiences to be empowered, despite how small and insignificant they may feel at times.

To encompass the beauty of Mozambique and its natural surroundings, Lucan went for a distinct, lush, and textured look. The Isaura trailer is created using 3D environments and hand-drawn characters to allow more flexibility during production. The studio designed its own real-time pipeline by using Unreal Engine; this unusual pipeline gave the team more flexibility in making big changes late in production that would simply not be feasible with a traditional animation production process.