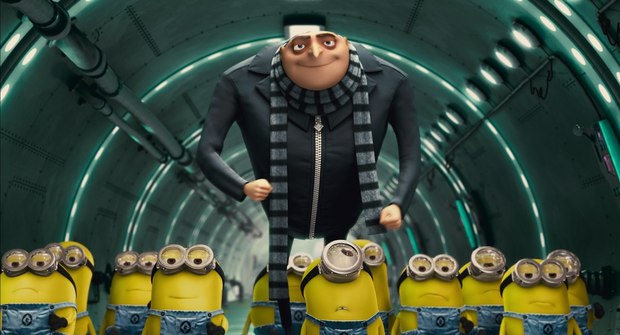 Animation has replaced action as the U.K.'s favorite film genre for the first time, according to a report by The Guardian.

Figures from the British Film Institute show British audiences are being drawn to the for films such as illumination Entertainment’s Despicable Me 2, Disney's Frozen, Pixar’s Monsters University and DreamWorks Animation’s The Croods, all of which were in the top 10 films at the U.K. box office last year.

Despite only 33 animated films being released last year, compared with 153 comedies, they represented more than 20 percent of the total U.K. box office and generated $419 million in 2013 -- a $169 million increase on the previous year.

Oliver Hyatt, the chairman of Animation U.K., said the figures made him optimistic about the future of animation. "Part of the recent success of animated films is that they are becoming more sophisticated and appealing to a broader audience. There is no longer the feeling that they are just for a young audience and adults don't feel strange going to see them anymore. I would say that within the film industry, animation has been playing catch-up for years but the medium is maturing quite fast and there's more of these films, creating more competition, which has been good for driving up the quality of the genre."

He added: "The really pleasing thing is that there is now a focus on making these family-oriented animated films in this country as well, and in the next couple of years there is some high-profile talent voicing UK animations. Hopefully, we won't just be watching animation, we'll be making these high-quality animated films ourselves."

Head over to The Guardian to read the full report.