The moving film, revealing a painful 20-year-old secret from a gay academic’s journey to Denmark as an Afghan child refugee, sold to Oscar award-winning studio Neon for seven figures as the film festival got underway. 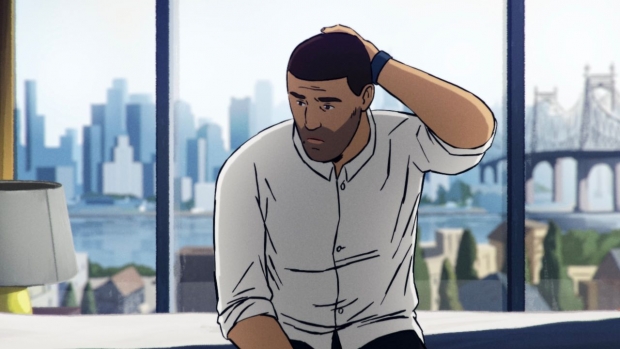 Hello, big spenders! The 2021 virtual Sundance Film Festival is in full swing, with previously exclusive access now available to the general audience for a whopping $15 per movie stream. Studios are already bidding to acquire rights to the latest and greatest films. The animated / live-action documentary Flee has caused quite a stir, with Neon picking up North American rights for a whopping $1 million, according to Variety. Neon is the Oscar winning studio behind Parasite, Ammonite, Colossal, and many others.

Rasmussen stated, “Very excited to work with groundbreaking distributors Neon on getting Flee out. Their roster of titles includes a vast amount of my favorite films from the last couple of years and I’m extremely proud to now include my own work on that list.”

The moving film, directed by Jonas Poher Rasmussen, tells the story of Amin Nawabi (a pseudonym), a 36-year-old academic who grapples with a painful secret he has kept hidden for 20 years. It threatens to derail the life he has built for himself and his soon-to-be husband. Recounted mostly through animation to Rasmussen — his close friend and high-school classmate — he tells for the first time the story of his extraordinary journey to Denmark as a child refugee from Afghanistan.”