Kenneth Branagh and Olivia Cooke lend their voices to the animated tale of a young girl vying to become the first female firefighter in 1920s New York, scheduled for completion in 2021. 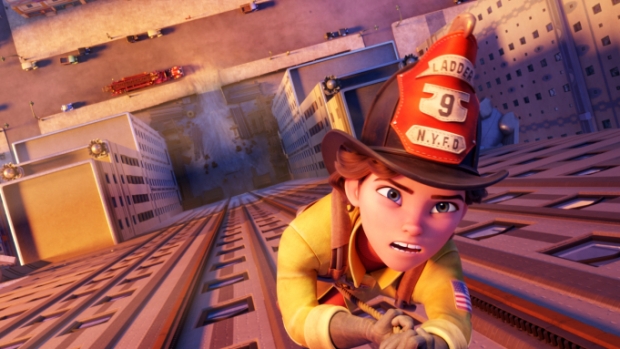 The film revolves around the 16-year-old Georgia Nolan (Cooke) who has the impossible dream of becoming a firefighter at a time when women are not allowed to serve. When a mysterious arsonist starts burning down Broadway, one by one all the firemen in the city disappear. Georgia's beloved father, Shawn (Branagh), is called out of retirement by the Mayor of NY (Shatner) to lead the investigation as Captain in the FDNY. Desperate to help her father and save her city, Georgia resorts to disguising herself as a young man called "Joe" and joins the small group of misfit firefighters trying to stop the arsonist, risking everything she loves to do it. Sounds like Mulan, but with fire! Fun!

The film is being produced by L'Atelier Animation studios in Montreal. "Fireheart is one of the most highly anticipated independent animated features amongst our buyers, and the studio-level quality of L'Atelier Animation's work is outstanding," said Anton executive Cecile Gaget, "This fun and joyful film with its themes of a young girl's empowerment, and a community coming together to save the things they love, could not be more timely."

The most unique facet of the film may lie in its soundtrack, which is purported to include re-orchestrated 1920s style covers of modern songs. At least when kids listen to the album over and over and over again, the songs will be familiar!

Fireheart is set to wrap production in 2021.