Development work has started with the appointment of Jay Lender (SpongeBob SquarePants, Phineas & Ferb) and the producers plan to showcase the pilot episode in MIP Junior 2017.

“This co-production will create great synergies between both parties to contribute their expertise in content development and distribution, and we are extremely happy to have Pilla-Scheetz Productions (PSP) and Jay Lender coming on board for the project.” said Edmund Chan, Managing Director of Animasia Studio.

The Nine Lives of Claw follows the hilarious adventures of the sarcastic superhero cat; Claw, his genius albeit high-strung mouse sidekick; Edison, and the always ambitious kitty; Purrfessor Purrnelope as they battle the sinister MUTT (Malicious Unleashed Thugs and Thieves) and a slew of other villains to keep things in order in the fair city of Anonymous.

“We needed world-class animation, and an equally creative team we could believe in. As it turns out, we’ve partnered with a studio producing some of the best 2D animation in the world. They’re also experts at multi-channel content development and distribution” exclaims, Gary Pilla, co-creator of The Nine Lives of Claw. “We are extremely proud of the recognition that Malaysian companies, like Animasia, are getting from global partners and how exciting projects are being locked in for our talents to work on, the latest being The Nine Lives of Claw. Our accelerated efforts will continue to create and facilitate similar opportunities on various platforms for our local talent just so they can work on world class content with global partners,” said Hasnul Hadi Samsudin, Vice President of Creative Content & Technologies at the Malaysia Digital Economy (MDEC).

Animasia is already hard at work alongside PSP revamping characters and design concepts, as production on the first episode begins July of 2017.

Pilla-Scheetz Productions is an idea factory for original characters, creative concepts, and other such imaginings. Established in 1991, Pilla-Scheetz has clawed their way into the hearts of kids everywhere with characters and adventures that capture their imaginations. Pilla-Scheetz is based in Akron, OH and San Francisco, CA. 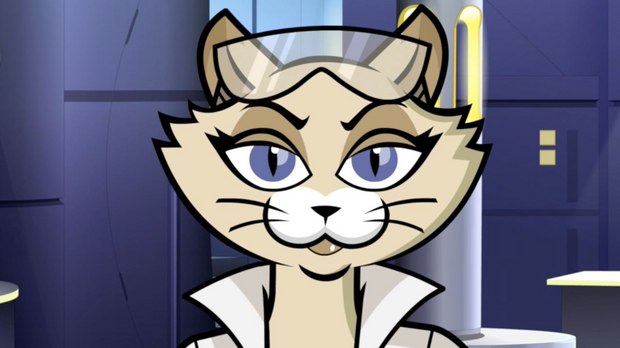