Malaysia’s Animasia Studio signs a deal with Zodiak Kids to co- produce new animated series, ‘Magiki,’ alongside DeAgostini and Rainbow in Italy and Planeta in Spain. 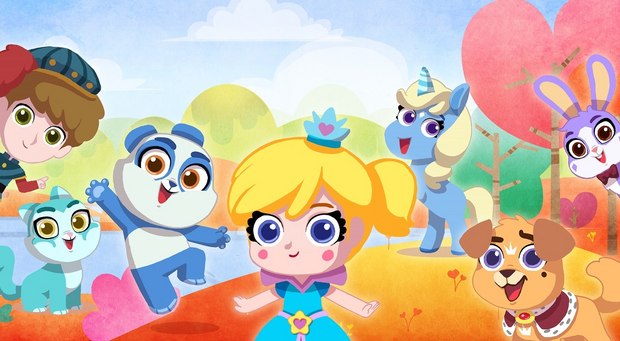 CANNES, FRANCE -- At the Creative Malaysia Networking Reception at MIPCOM 2015, Animasia Studio inked a deal with Zodiak Kids to co-produce a new animated series titled Magiki. The series, which was inspired by a range of collectible blind bag figurines produced by De Agostini Publishing, will also be co-produced with DeAgostini and Rainbow in Italy as well as Planeta in Spain. Since the brand’s launch in 2009, Magiki has sold over 17 million products Including 11 collections of 120 characters across Europe and Zodiak Kids holds worldwide TV and licensing rights to the show.

Magiki, aimed at children aged 4 to 7 years old, tells the story of an ordinary little girl named Ginger, who gains entry to a magical kingdom with a magic key. Because of Ginger’s kind heart, she becomes a princess when entering this kingdom. The series focuses on Ginger’s adventures after her entry to the kingdom which is populated by animals, mermaids, unicorns, and elves. These subjects depend upon Ginger’s compassion and judgment, even if it is sometimes flawed, to bring stability to an otherwise silly kingdom.

Speaking of the collaboration at MIPCOM 2015, Benoît Runel commented, “Our experience in Malaysia is improving every time we produce a series, and we are thrilled to have Animasia Studio as our co-production partner this time.”

Raye Lee, Executive Director of Animasia Studio reiterated, “It is going to be an exciting journey ahead for Animasia Studio as we will be working and partnering with some of the biggest names in the children content industry.”

Production will begin this summer at Zodiak’s Tele Images Productions, France and the series is set to be broadcasted in 2016/2017 on Lagardere’s Gulli in France and DeAgostini’s Deakids in Italy.

The collaboration that was witnessed by Dato’ Jailani Johari, the Deputy Minister of Communications and Multimedia Malaysia will further strengthen Malaysia's position in the creative industry globally. Animation production services are among the biggest contributors to export revenues in the Malaysian creative content industry. This can be seen from the growing revenue of exports from creative content, which has increased to more than USD140 million at end of 2014 from approximately USD46 million in 2009.