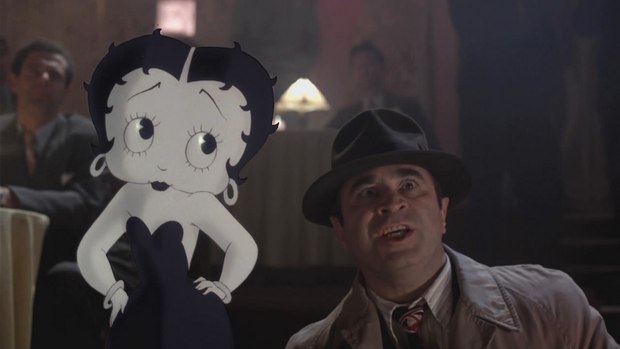 Queen of the animation world, Betty Boop is one of the most loved and sought-after animated characters of the past and present centuries with accolades spanning film and television, fashion and music. Having first hit screens in 1930 with numerous appearances in Max Fleischer’s Talkartoons and her own Betty Boop cartoon series, her popularity has continued to grow through the decades. Most recently, she has taken her career to new heights, starring in a Lancôme campaign and featuring in collaborations with Coca-Cola, NASCAR, UNIQLO and Chupa Chups. Betty also has countless other global commercial and mass merchandising deals through her exclusive worldwide licensing agency, King Features.

Betty’s last movie appearance was a cameo in the blockbuster movie Who Framed Roger Rabbit (1988). Her millions of fans spanning generations have made her one of the most recognizable characters in the world and are eagerly awaiting her return to the silver screen.

The film, which will be produced by Zareh Nalbandian and Jason Lust from Animal Logic and Simon Cowell and Adam Milano from Syco, promises to be an exciting addition to the Animal Logic and Syco Entertainment growing development slate with broad audience appeal.

Of the announcement, Betty Boop said, “I’m so excited to return to the big screen -- and I only work with the best! Let’s have some fun, Simon. Boop-Oop-a-Doop!”

Simon Cowell said, “Betty is an icon, and one of the biggest stars in the world – I’m thrilled to be working with her. Betty, I’ve worked with some serious divas but I think you could be the biggest of them all!”

Zareh Nalbandian, Animal Logic’s CEO said, “I’m thrilled that Animal Logic is part of this exciting new collaboration with Betty.  She’s an amazing, iconic and loved character, and we’re going to have so much fun producing her 21st century big screen debut.”

“I am delighted to partner with Syco Entertainment and Animal Logic," said Mark Fleischer, Chairman and CEO of Fleischer Studios. “Their energy, creativity and playfulness make them a perfect fit for Betty Boop.”

Adam Milano, Syco’s Head of Film said “Betty is the original funny girl and to be able to create a music-driven comedy with her at the center is an amazing opportunity.”