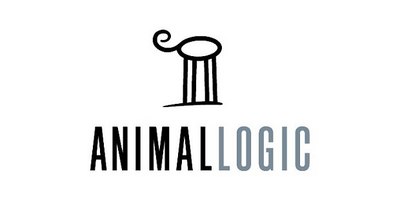 Animal Logic and Syco Entertainment have announced a long-term, multi-project partnership focused on the creation and development of music-based animated and hybrid animation/live action films in addition to other original multimedia IP.

Animal Logic and Syco Entertainment already have a number of innovative, animation and music based films in advanced development. The partnership plans to leverage their deep relationships in the film and music industries to bring together world-class talent to inspire and create the next generation of family films. Their first hybrid animated music based film is set for release in 2016.

Animal Logic is the Australian animation and visual effects studio behind such hits as The LEGO Movie and Happy Feet.

Syco Entertainment (a Music, Film and Television joint venture with Sony Music) is the UK’s most successful music label and created the world’s biggest selling reality TV format Got Talent and The X Factor. In 2013, Syco produced the 3D concert movie One Direction: This Is Us.

Heading up the partnership will be Animal Logic’s, Zareh Nalbandian and Jason Lust and Syco Entertainment’s, Adam Milano.

“We are thrilled to bring together the amazing talent, global reach and expertise in popular music of SYCO Entertainment alongside Animal Logic’s rich history of innovative, cutting edge animation and universal storytelling," said Animal Logic CEO Zareh Nalbandian. "I am confident our truly complementary collaboration with Syco will be a very powerful force in family entertainment.”

"It is a dream come true to have this opportunity of working with Animal Logic," said Simon Cowell. "I think their work is pure genius and I really feel excited about the films we are going to be making together."

Adam Milano, Syco’s Head of Film added, “Every movie Animal Logic has touched has moved the dial visually and creatively. Between this and Syco’s strong roots in the music business, this feels like an amazing marriage of talents.”

Jason Lust from Animal Logic said, “Our partnership aims to create distinctive movies combining great music, groundbreaking visuals and amazing stories. With teams based in the UK, US and Australia, we couldn’t be more excited to embark on this new venture together."