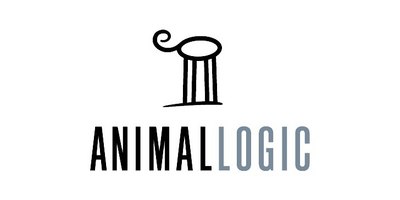 SYDNEY -- Award-winning visual effects and animation studio Animal Logic is once again heading to SIGGRAPH as it seeks to gather candidates for its new Vancouver animation studio due to open in late 2015.

The annual SIGGRAPH conference -- taking place from 9-13 August 2015 in Los Angeles, CA -- represents an ideal opportunity for potential candidates to meet with Animal Logic’s recruitment team, who will be attending the event’s Job Fair from Tuesday August 11 through Thursday, August 13.

Following the announcement that Animal Logic is opening up a second animation studio in Vancouver, Canada, the company is looking to fill around 300 roles across the production pipeline, with SIGGRAPH providing a key focus on technical and software roles.

“SIGGRAPH is an important event for us and an important audience,” said Animal Logic recruitment supervisor Patricia Kung. “In 2015, we are especially keen to hear from talented Associate Producers, Production Managers, Senior System Engineers, CG Supervisors, Software Developers and Technical Directors who would like to come and hear more about working for one of the largest independent digital studios in the world.”

Although the team will be at the SIGGRAPH Job Fair, interested candidates are encouraged to head to the Animal Logic website where they can register their interest prior to the event.

After the show, the team will also be heading directly to Vancouver from 17 August, interviewing Senior Finance and HR professionals, Associate Producers, Production Managers, Senior System Engineers, CG Supervisors, Software Developers, Senior Department TD's and Supervisory/Lead artists from Assets to Lighting, all of whom will begin work on The LEGO Movie Sequel, scheduled to start production at Animal Logic Vancouver in January 2016.

However, as Kung is keen to point out, the opportunities are not just in Vancouver, with Animal Logic’s Sydney studio looking to fill a significant number of key roles as it ramps up production on LEGO Batman and Ninjago, as well as its growing slate of Visual FX projects.

“From Software Developers to Digital Artists, the available positions at our Sydney, Australia studio also represent an amazing opportunity for those currently working in the visual effects and animation industries.”