Release includes full scene description, from global assets through to shot outputs; broad use of assets is designed to promote education, training, and demonstration by students, studios, and vendors. 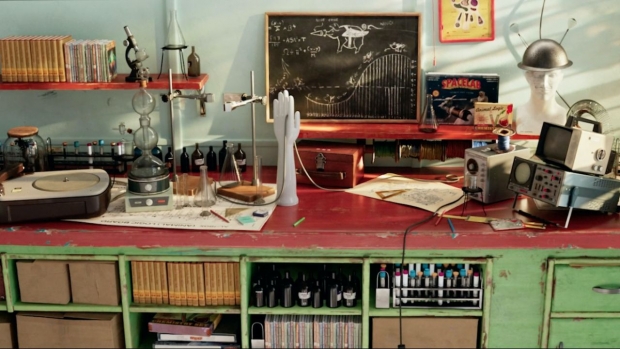 As an early adopter of Pixar’s Universal Scene Description (USD), Animal Logic began transitioning their Sydney and Vancouver studios to an end-to-end USD based pipeline during production on Peter Rabbit in 2017 and completing with Peter Rabbit 2 in March of 2020.

With their 2017 open source project AL_USDMaya, Animal Logic continues to promote broader USD adoption through the release of USD ALab to serve as a reference for many USD Concepts.

“We believe USD to be a foundational technology for our industry and broader communities, and we encourage the release of open source assets to educate and inspire others to conduct their own exploration,” remarked Grant.

While open source data sets currently exist, USD ALab is the first real-world implementation of a complete USD production scene. It is a full scene description from global assets through to shot outputs, including referencing, point instancing, assemblies, technical variants, global assets, and shot based overrides.

“There are two downloads available, including guiding documents and two sets of textures,” explained Supervising Assets TD, Jens Jebens. “The first download contains the ALab scene assets themselves, derived from our production assets and conformed for compatibility to allow them to load in any tool which supports USD. The second download is an optional extra, a ‘production rendering Texture Pack,’ which delivers 4K OpenEXR textures with udims for production style rendering.”

“In addition to the USD assets, we’ve included documentation that showcases some new ideas and concepts from our experience using USD, including the idea of render procedural definitions, an extremely useful concept that we have not seen in USD to date,” added Grant. “We hope that this combination provides the starting point for future contributors to showcase their own ideas for discussion, promotion, and hopeful adoption.”

“The ALab concept was born from Animal Logic’s Art Department,” noted Head of Production Technology, Aidan Sarsfield. “The brief was for something “Uniquely Animal” and the team came up with a great story that revolves around a secret backyard shed, inhabited by a mad scientist of sorts. The resulting asset suite draws on the unique aesthetic that you’ll find in our studios, and there’s also some fun easter eggs in there that link back to 30 years of Animal Logic’s branding.”

USD ALab is also the first asset set to adopt the Academy Software Foundation’s asset license. Animal Logic wanted to allow for the broadest use of these assets to promote education, training, and demonstration by students, studios, and vendors.

“Initially motivated by our own desire to create unencumbered assets for demonstration and presentation purposes, we realized that the industry at-large could use something similar and pushed to release them,” explained Sarsfield. “I’m excited to see how ALab develops in the community, particularly as we will be extending the data set over time.”