Deadlines for submissions of 3D animation & stills, visual effects and visualization extended to July 19; 20th anniversary edition to be held in Munich October 27-28. 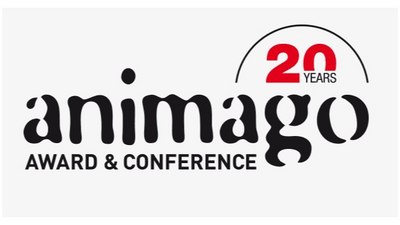 MUNICH -- The submission deadline for this year’s animago Award has been extended. Creatives from all over the world now have until July 19th to send in their 3D Animation & Still, Visual Effects and Visualization projects to Animago Award & Conference for consideration at the international competition. Participation is free of charge. The animago Award gala presentation, which is celebrating its 20th anniversary this year, will take place during the animago Award & Conference (October 27-28, 2016) in Munich’s Gasteig Cultural and Event Centre. A jury of prominent experts drawn from the animation and VFX industry will make all the tough decisions with regard to the nominations and prize winners.

Here is the list of the jurors for animago AWARD 2016:

For the first time, the animago will join with the DETAIL magazine to hand out the “Special Architectural Award presented by DETAIL”. For this purpose, the animago jury will be enhanced by the following architecture experts:

In celebration of the 20th anniversary of the animago AWARD, the gala award ceremony will take place on the evening of Thursday, October 27, 2016 at Munich’s GASTEIG Centre.