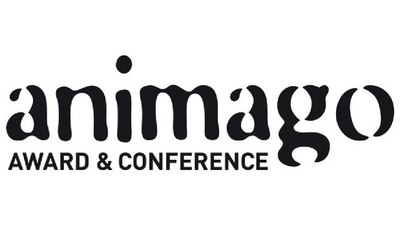 MUNICH, GERMANY -- Next year's animago AWARD & CONFERENCE promises to be a very special event.  After seven successful years in Babelsberg, the animago AWARD & CONFERENCE is now moving to Munich, where it will take place at the Gasteig Cultural Centre on October 27–28, 2016. Next year also marks the 20th anniversary of the animago AWARD. The Bavarian State Ministry for Economic Affairs and Media, Energy and Technology and the Munich City Department for Culture will be providing the event with €200,000 in financial support.

Commented Bavaria's Minister for Media, Ilse Aigner, "The animago AWARD & CONFERENCE is a major international heavyweight in the VFX industry, and we are delighted to be hosting the event starting in 2016. The move is further proof that Bavaria continues to be an attractive location in the field of digital media. We're looking forward to cooperating with the animago AWARD & CONFERENCE over the long term to generate even more international visibility for our city.”

Dr. Hans-Georg Küppers, Head of Munich's Department of Culture added, "Munich will be setting yet another cultural and creative economic milestone by hosting the animago AWARD & CONFERENCE in 2016. Our city is already an outstanding location for the cultural and creative industries, and in particular for media art and its technical implementation, so we're delighted to have been able to attract the animago, a leading industry event that explores and honors artistic innovation in the field of animation and visual effects, to our shores. The animago AWARD will also serve to strengthen the visibility of our local digital artists. I'm looking forward to experiencing this exciting industry gathering at the interface of media art, creative industries and technical realization".

"We are especially grateful for the financial support provided by the Bavarian State Ministry for Economic Affairs and Media, Energy and Technology as well as from the City of Munich's Department of Culture,” said Karin Lang, Managing Director of the Munich-based special-interest publisher ATEC Business Information GmbH. “These funds will enable us to bring the animago AWARD & CONFERENCE to Munich, the city that is also home to our publisher. At this point, however, I would like to send our sincere thanks to the Brandenburg Ministry of Economics and Energy and to the Medienboard Berlin-Brandenburg for their excellent cooperation over the past seven years. The fact that the animago will take place at the same time as the Munich Media Days will no doubt be welcomed by all media enthusiasts and we're looking forward to welcoming even more participants at Munich's Gasteig Centre, which is a highly attractive event location."

From 2009 to 2015, the Babelsberg Media City in Potsdam was home to the animago AWARD & CONFERENCE. During that time, the event was funded by the Medienboard Berlin-Brandenburg and the State of Brandenburg, who helped it grow into a prominent international conference that consistently attracted roughly 1,000 participants as well as leading experts and keynote speakers drawn from the animation and VFX industry every year. Among those attending regularly were prominent global studios such as Pixar Animation Studios (USA), Industrial Light & Magic - ILM (USA), Weta Digital (New Zealand), Framestore (U.K.), The Mill (U.K.), Illumination Mac Guff (France), Mikros Image (France), Trixter (Germany), Pixomondo (Germany), rise|fx (Germany) and many more. In the past several years, the animago AWARD has received more than 1,000 submissions annually from digital artists from all over the world. The award show took place initially at the fx.Center then in the Metropolis Hall at Filmpark Babelsberg. There it was attended by approximately 600 invited guests.