Croatia’s leading animation festival opens 2016 edition with a Lifetime Achievement Award and retrospective screening for Raoul Servais, one of the chief representatives of existentialist animation. 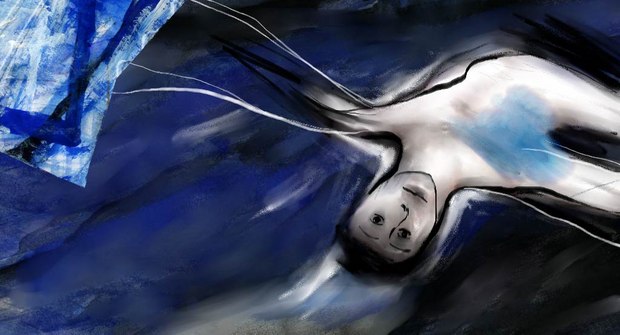 The expression “tradition and/or revolution” is the best description of this year’s theme – the Oscars and Animanarchy – Animation in the Raw. More accurately, Animafest will present animation in its punk version, as well as a series of Oscar-winning classics, Croatian Oscar nominees and Oscar-winning films which moved the boundaries of expectations. This was announced by the artistic director of Animafest Zagreb, Daniel Šuljić and festival producers Matea Milić and Paola Orlić.

On Monday, June 6th at Europa cinema, at 7:30 pm, the festival opens with eight short Grand Competition films. This selection is a wonderful introduction of the diversity of this year’s themes and techniques. At the official opening ceremony, the Animafest Council will present the Lifetime Achievement Award to the Belgian animation master Raoul Servais, an innovator and representative of existentialist animation. On Tuesday, June 7th, Europa cinema will host a retrospective dedicated to Servais’ films, followed by a Q&A session. Servais is one of the 200 guests of the 26th Animafest, among which the most renowned are the jury members. The short film jury this year includes Peter Lord (Pirates! Band of Misfits, Chicken Run), a British animator, producer and director and founder of Aardman Animations studio. Lord will be speaking on June 11th at Zagreb Dance Centre. The jury also includes the Canadian composer Normand Roger, the award-winning German filmmaker Raimund Krumme, the Colombian professor and promoter of Latin American animation Cecilia Traslaviña, and independent producer and cultural manager Vjera Matković.

The Best Feature Film will be judged by Justine Bannister, an independent children’s media; Marcy Page, who worked as a producer at the NFBC; Boško Picula, political scientist and film critic and host of HRT’s TV show Animatik. The Finest Student and Croatian Film will be chosen by the programmer of the Bucheon International Animated Film Festival, Eugene Kim; Corrie Francis Parks; and Croatian animator and illustrator Darko Vidačković.

The films from the section called Animanarchy – Animation in the Raw, considered a revolutionary movement, are introducing deliberate anti-excellence in animation, avoiding virtuosity for the sake of a powerful message. They are to animation what punk is to music. The movement stems from the 1950s and 1960s when animators began testing new approaches and it was the Zagreb School of Animation that made a name for itself with new, progressive ideas. This section will be presenting Bob Godfrey’s DIY Cartoon Kit, a satirical view on animation filmmaking, still relevant in animation industry, followed by Robert Breer’s A Man and his Dog out for Air, the pivotal experimental animation from 1957, and Terry Gilliam’s Story Time, a pre-Monty Python short animated film.

This year’s Technological Revolution in Animation will be presented at the festival with an interactive VR installation PIEdeck, custom-made for Animafest. Using the technology of the famous Ars Electronica Futurlab, a system was created which uses laser to turn motion in real space into animation in virtual space.

Technology is also in focus of two workshops: Projection Mapping, takes place at Zagreb Dance Centre. The results of the workshop will be presented on the last day of the festival. The other workshop, is a Traditional Video Game Workshop, in association with the Faculty of Electrical Engineering and Computing. The mentor is Andrej Kovačević, the founder of Exordium Games studio.

For the third time, the festival is hosting the Scanner symposium. Its consists of five panels which gather experts from all over the world. This year’s keynote speaker is Marcin Giżycki, the winner of Animafest’s Award for Outstanding Contribution to Animation Studies.

Side events include the exhibition of works by students of the Academy of Media Arts Cologne (KHM), June 6 -11, at Schira Gallery, and June 7 - 11 at ULUPUH Gallery. A 10-hour animation performance. Pentagram, will be hosted on June 10th at Europa cinema’s lobby: five animators will gather around the same table and will be making stop-motion animation live.

Traditionally, Animafest features an overview of films competing for the Cartoon d’Or award, a professional honor for the best short animated film of the year. Animafest’s Grand Prix winner directly qualifies for the run. The festival is also screening the most interesting animated music videos -Cinema for the Ear.

The Croatian master of animation this year is Vatroslav Mimica. The festival is also paying special tribute to Croatian animated films made in 1968, selected by Borivoj Dovniković Bordo.

Festival early-bird tickets can be purchased via Entrio (online and at sales points) and at Animafest’s info point in Flower Square as well as during the festival at the festival ticket office. Various Festival and Family Passes will be available. Admission is free to all of the screenings at Zagreb Dance Centre, Animafest Pro and side events. The festival is supported by the Croatian Audiovisual Centre, City Office for Education, Culture and Sport and Creative Europe MEDIA Sub-programme.