Animafest Zagreb 2015 spotlights games with a competition of the youngest generation of filmmakers, a presentation of the finest animation schools, a collaboration with the Croatian Game Developers Association, and a game jam workshop mentored by the Swiss indie game star Mario von Rickenbach. ZAGREB, CROATIA -- From social networks, to mobile phones, television and films, animation today is omnipresent. If you would like to know what it will look like in the future, and who are its finest young authors and what they are doing, don’t miss this year’s Animafest student film competition. Out of 640 submitted entries, the programmers chose 43 of them from 19 countries, which use CGI and 3D animations, mixed media and puppets to give a new glimpse on the animation world. For the first time this entire program segment is free of charge, thanks to Erste bank’s Urbanka, also the sponsor of Dušan Vukotić Award.

Apart from the competition, students from all over the world will gather in mini-retrospective programs of two leading animation schools. The first, Bezalel Academy of Arts and Design, from Jerusalem, has been known as one of the most prestigious schools of animation ever since the 1970s, with a branched student exchange program. The second – the French “wonder of Arles” – is MOPA, specializing in CGI, a school whose alumni include over 400 students, 95 percent of which were hired immediately after graduating. Some of them work in global computer game industry, which has long surpassed film and music industry by its total value. Aside from advanced technology, the key element of game development is precisely -- animation.

With that in mind, Animafest in association with the Faculty of Electrical Engineering and Computing, Academy of Fine Arts, and Creative Europe Desk -- MEDIA Office, for the third year organizes a gamejam, i.e. computer game design workshop. One of this year’s mentors will be the Swiss star of indie game design -- Mario von Rickenbach (Mirage, Krautscape, Rakete).

However, like other creative industries, gaming development needs business support and know-how, and this is what Animafest this year offers for the first time in association with the Croatian Game Developers Association (CGDA). This is a cluster that gathers more than 20 companies with over 200 developers and exports almost 99 per cent of their products, like the cult first person shooter hit Serious Sam by Croteam, or Ironward’s ever-more popular Red Solstice.

By connecting the programmer, animator and illustrator community in this part of the program, Animafest Pro fosters creativity and competitiveness of young artists and IT experts and gives them a chance to get to know the transmedia connection between animation and computing.

Gamejam participants will work in small designer-programmer teams June 8-12 to develop their own videogame and present it on the penultimate day of the festival, after a lecture by CDGA, a local team of developers Croteam, Machina game design school and the already mentioned Mario von Rickenbach.

This entire segment of Animafest’s program is completely free of charge and workshop applications are to be sent online, on the official festival website, by May 24. 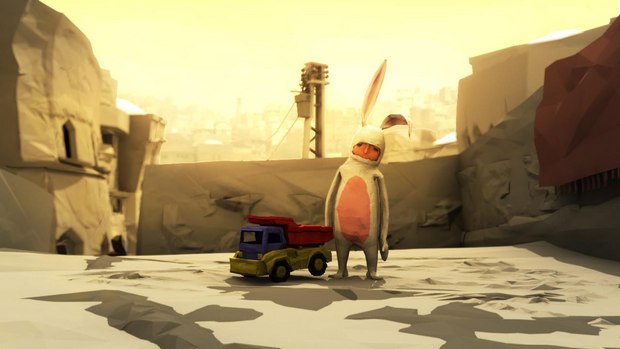