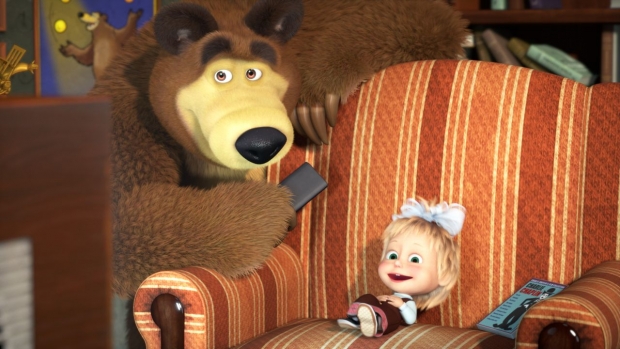 Animaccord heads into 2021 with new a new multi-territory and long-term strategic collaboration with Amazon. The deal includes bringing Seasons 1-3 of Masha and the Bear, as well as series spin-offs, Masha's Spooky Stories and Masha's Tales, to Amazon Prime Video across Europe.

December 2020 saw the launch of Seasons 1-2 in multiple languages across Europe, including in Spain, Italy, and France. In November 2020, Seasons 1-3 were also launched in Germany, Austria, and Switzerland. The spin-off Masha’s Spooky Stories hit the same territories in December 2020.

The popular 3D animated series, Masha and the Bear, centers on the adventures of a mischievous little girl, Masha, and her kind and caring friend, the Bear. The series is an internationally known kids brand that has generated considerable worldwide success.

Masha and the Bear consumer products are widely represented on Amazon. The first official brand store was launched in the USA, UK, Germany, and India in 2018, selling themed T-shirts, hoodies, pop sockets and other items. As of today, there are brand stores in four additional countries: France, Italy, Spain, and Mexico.