With a special spotlight on projects from Latvia and The Netherlands, the 2015 edition of the Brussels International Animation Film Festival will be held February 13-22. 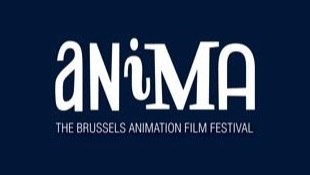 Anima, the Brussels International Animation Film Festival, has set its 2015 dates for February 13-22 in Flagey, Belgium. Part of the program will also be screened in the cities of Liege, Charleroi, Mons, Namur, Ostend, Antwerp, Leuven and Ghent.

The Oscar-qualifying festival will comprise nearly 300 films from around the world, and treat visitors to exclusive previews, national and international competitions for shorts and features, high-profile conference speakers, workshops and kids’ activities. Official selections for the 2015 edition of festival will be announced on December 15.

The festival will spotlight projects from Latvia -- highlighting country’s rich tradition of puppetry and radical young generation of filmmakers -- and The Netherlands, including works from students.

Anima will also celebrate the work of Belgian animators abroad. Stop-motion specialist Kristien vanden Bussche will discuss her experience working on LAIKA’s The Boxtrolls, and former KASK student Marlon Nowe, currently at Disney, will give a Masterclass during the Futuranima professional days (February 18-21), drawing on his experiences on Tangled, Wreck-It Ralph, Frozen and Big Hero 6. Stay up to date on 2015 plans at animafestival.be.