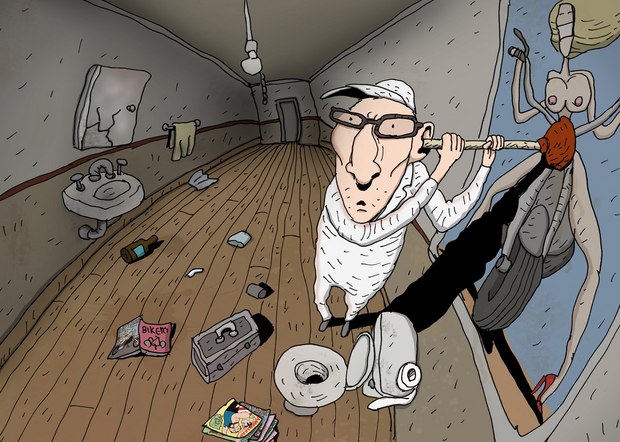 Anima, the Brussels International Animation Festival, will take place from February 24th through March 5th, 2017, at Flagey. Part of the program will also be shown in Flanders and Wallonia (Liege, Namur, Charleroi, Mons, Antwerp, Ghent and Louvain). In addition to its international feature competition and the national and international short and graduation film competitions, the Festival will be focusing on Italian and Portuguese animation. In total, close on 300 films selected especially to offer you the best there is in animation.

Here's a glance at some of the not-to-be-missed highlights:

As far as the features go, the kids will be delighted to discover such films as Snowtime! by Canadian filmmakers Jean-François Pouliot and François Brisson, The Big Cheese Race by Danish director Rasmus Sivertsen or Rabbit School by Ute von Münchow-Pohl. The grown-ups are going to enjoy the latest Bill Plympton: Revengeance, Window Horses by Ann Marie Fleming, Ethel and Ernest by Roger Mainwood or In This Corner of the World by Sunao Katabuchi.

LAIKA (Coraline, ParaNorman, The Boxtrolls, Kubo and the Two Strings...), represented by Mark Shapiro, will be at the Festival for a conference to talk about the studio and its incredible skills in stop-motion.
VR has also found its way to Anima for the first time. The Festival will be hosting the EXPERIENCE Brussels Virtual Reality Festival with nine days of a special selection of animated films concocted in partnership with Anima.

Finally, the Futuranima professional days (running February 27 through March 4) will be hosting a number of international guests who will be here to talk about their latest productions. Already confirmed are Arthur de Pins for the adaptation of his comic book Zombillenium into an animated feature, Sébastien Laudenbach for his feature The Girl Without Hands, Alessandro Rak for Cinderella the Cat and Benjamin Renner for the animated series The Big Bad Fox.

Besides the numerous screenings and events, the Festival is also providing free initiation workshops in animation for the kids, a week's course for teenagers, meetings with filmmakers, an exhibition, concerts, open-air screenings, a psychedelic Animated Night and entertaining installations about animation. Short films in competition can be viewed on Anima the website at www.animafestival.be, and full program details will be announced on February 1, 2017.