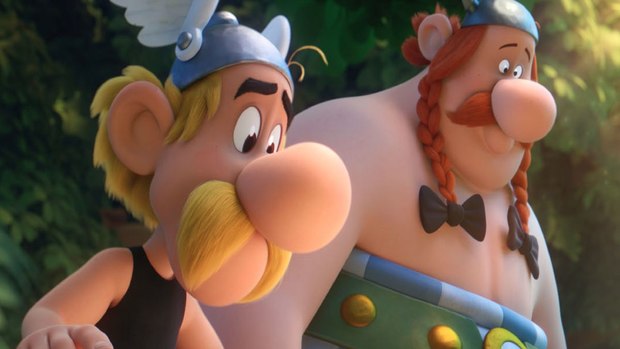 Louis Clichy, director of the ‘Asterix’ features, will be participating in the Futuranima professional meetings taking place March 4-9 during ANIMA 2019. Image © Entertainment One.

ANIMA 2019, The Brussels International Animation Film Festival, has announced that this year, the event’s special focus will be its next-door neighbor country, France. French animation has experienced incredible development over the past 20 years, with the average annual feature production rising from 3 to 10. The sector combines high-tech and economical production with more artistic approaches to bring out an incredible variety of talent. ANIMA is paying tribute to this vitality with a selection of films that have stood out during this rise.

As this is a very comprehensive program, ANIMA has called upon the Palace Cinema to delight spectators with some César-winning features to be seen on the big screen: The Rabbi's Cat, Ernest & Celestine, The Illusionist, Minuscule: Valley of the Lost Ants, The Little Prince and My Life as a Courgette.

The Festival will be hosting screenings of short films at Flagey, with César or Oscar winners, Festival favorites and little gems from 2018 in 4 programs entitled “Bleu, Blanc, Bouge!,” including two retrospectives, a selection from last year and a zoom on one of the most original studios on the French scene: Sacrebleu.

ANIMA will also be presenting heritage program on themes such as:

And finally, many of the Futuranima professional meeting's guests are also French: