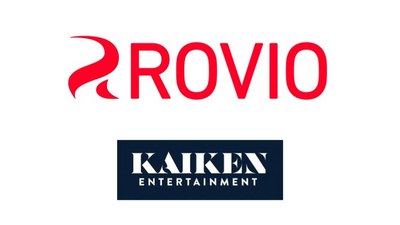 Kaiken, comprising of a dream team of seasoned creators from Rovio, is an entertainment company specializing in storytelling through film, apps, streaming video and publishing with a broad portfolio of story-based properties. “This team has been integral in building the hugely successful franchise around Angry Birds,” Hed commented in making the announcement. “With this amazing team of experts and storytellers, we are thrilled to be pursuing the next big hit.”

Kaiken will continue to partner with Rovio on certain projects including producing Angry Birds content and serving as the master licensee of the Angry Birds brand in books publishing.

“We are happy to announce this transaction and look forward to a continued partnership with Kaiken in animation series productions and books publishing,” says Kati Levoranta, CEO of Rovio Entertainment Ltd.