CAKE sets deal for more episodes of the award-winning comedy series, which it co-produces with TeamTO. 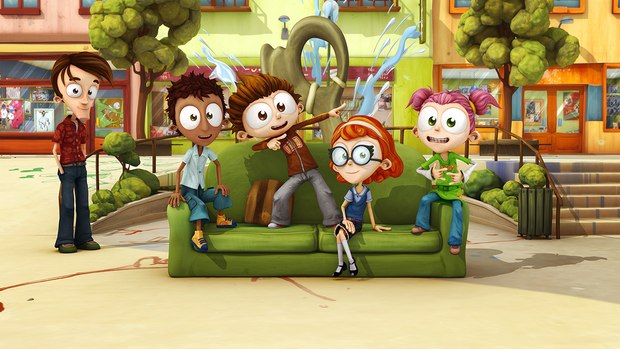 ‘Angelo Rules’ returns for a fourth season on Cartoon Network.

The forthcoming series of 52 x 11 minutes will premiere on Cartoon Network (as well as other Turner Kids channels in select markets) in EMEA and APAC in 2018. The new season will feature on-trend technology, including virtual reality, crowdfunding, Skype and social media, as well as introducing brand-new characters. The fourth season brings the series’ total number of episodes to 234.

Angelo Rules, starring a sweet-talking 11-year-old genius with a knack for getting out of trouble, became an instant hit when it debuted in 2010. Aimed at 6-12 year olds, it has aired in more than 100 countries and has been widely recognized within the animation industry, receiving a Pulcinella Award at the 2010 Cartoons on the Bay Festival for the Best Kids TV Series, and nominations at the 2013 International Emmy Kids Awards; 2011 BANFF World Media Festival; the 2013 Trickfilm Festival; and Anima Mundi in 2012. Three mobile games and several mini games accompany the series.

Angelo Rules is a TeamTO/CAKE co-production with TeleTOON+ in collaboration with France Télévisions and Super RTL and is based on the French series of books Comment Faire Enrager, written by Sylvie de Mathuisieulx and illustrated by Sébastien Diologent.

CCO and Managing Director Ed Galton from CAKE said, “Angelo Rules has broadcast continuously on Cartoon Network since launch and we are thrilled to team up with them once again on the fourth series, which we will be launching internationally at MIPCOM this year.”