Angelina Jolie Pitt joins the filmmaking team of the animated feature film The Breadwinner, based on the internationally acclaimed young adult novel of the same name by Canadian author Deborah Ellis. 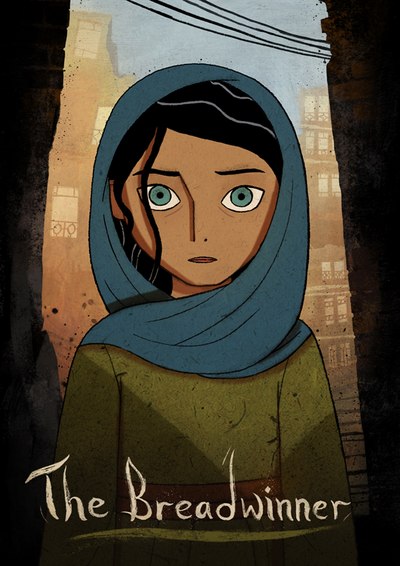 LOS ANGELES, CA -- Angelina Jolie Pitt and her Jolie Pas Productions have joined forces with the filmmaking team of the upcoming animated feature film The Breadwinner, it was announced today. Jolie Pitt will serve as an executive producer on the film.

The Breadwinner is based on the internationally acclaimed young adult novel of the same name by Canadian author Deborah Ellis and will be directed by Nora Twomey (co-director, Oscar-nominated The Secret of Kells) with screen story by Ellis and screenplay by Anita Doron.  The film is being produced by Aircraft Pictures, Cartoon Saloon and Melusine Productions with producers Tomm Moore and Paul Young of the Cartoon Saloon (The Secret of Kells, Song of the Sea), Anthony Leo and Andrew Rosen of Aircraft Pictures and Stephan Roelants of Melusine Productions.  Academy Award-nominated producers Jehane Noujaim & Karim Amer (Emmy Award winners for The Square) and Gerry Shirren at Cartoon Saloon will serve as executive producers.  The film was developed with support from Telefilm Canada, the Irish Film Board, the Film Fund Luxembourg, Corus Entertainment, the Harold Greenberg Fund and the Belinda Stronach Foundation.  The film is currently casting and in pre-production in advance of an August production start and due for completion in early 2017.

The Breadwinner is the story of Parvana, a young girl living under the Taliban regime in Afghanistan, who must disguise herself as a boy and become the breadwinner of the family when her father is unfairly imprisoned.  A story of self-empowerment and imagination in the face of oppression, The Breadwinner also celebrates the culture, history and beauty of Afghanistan. A version of the film will be produced in Dari in addition to the English-language version.

“Millions of young girls like Parvana are growing up today under oppression or conflict, and helping their families to survive in those conditions. This story is a reminder of the immense value of their contribution" Jolie Pitt said. "I am delighted to be working with a talented team of artists who I know will do justice to the richness, creativity and strength of Afghan culture and to little girls like Parvana.”

Published by Groundwood Books, the novel has been in print for over 15 years and is recommended reading in numerous middle schools throughout the U.S., Canada and Europe.  Author Deborah Ellis recently completed My Name is Parvana, the fourth book in the series which has cumulative sales exceeding 2.5 million copies across 25 languages.  Ellis has donated more than $1 million from her book royalties to the charity Canadian Women for Women in Afghanistan. Jolie Pitt will donate any profits derived from her role as executive producer of The Breadwinner towards education of Afghan girls.

The Breadwinner was recently hailed as a book that all girls should read by 17-year-old activist and Nobel laureate Malala Yousafzai, who told the New York Times in 2014 that, “’The Breadwinner’ reminds us how courageous and strong women are around the world.”

Jolie Pitt is currently in pre-production on the Cambodia-set First They Killed My Father, based on Loung Ung’s memoir about surviving the Khmer Rouge regime, which Jolie Pitt will direct from a script she co-wrote with Ung as a Netflix Original Film.  Jolie Pitt’s most recent directorial effort, By The Sea, a drama she wrote, directed and stars in with Brad Pitt, will be released by Universal this November.  She directed Universal’s Unbroken, based on the life of Olympian and World War II POW survivor Louis Zamperini, and made her feature directorial debut with In the Land of Blood and Honey.  Jolie Pitt presented and served as an executive producer of the Ethiopian film Difret, which premiered at the 2014 Sundance Film Festival and won international audience awards at both the Sundance and Berlin film festivals.

Cartoon Saloon, Aircraft Pictures and Melusine Productions are repped by CAA for The Breadwinner.