‘On Angel Wings’ to Premiere at BFI London Film Fest

Based on the book by Michael Morpurgo, new Christmas story from Illuminated Films premieres at BFI London Film Festival on Sunday, October 19th. 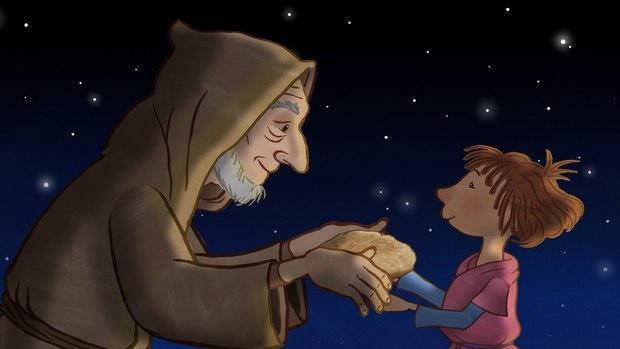 On Angel Wings, a spectacular family animation based on Michael Morpurgo’s picture book, has been selected to premiere at the BFI London Film Festival on Sunday 19th October.

The half hour special captures the Christmas story from the viewpoint of an adventurous young shepherd boy who is taken on a secret, enchanted night-flight to witness the Christmas miracle.

From the Director who gave us Father Christmas and War Game, Dave Unwin and the team at Illuminated Films (The Very Hungry Caterpillar, War Game, Little Princess), open up this magical tale for audiences of all ages and creeds. Michael Morpurgo, who is Executive Producer, says: ‘Here is a film that will warm the hearts of all of us, young and old alike, this Christmas and every Christmas to come.  Here is perhaps the greatest story of peace and goodwill and hope ever told.  But it has never been told like this.  Here is the story of Christmas, as you never imagined it, with wings, angel wings!’

Producer Iain Harvey comments: ‘Working with Michael Morpurgo has been a special treat as he is such a marvellous storyteller and a thoughtful and trusting colleague. The beauty of On Angel Wings is the simple strength of the story and its faith in the human race, despite all our faults.’

The BBC is due to schedule On Angel Wings this Christmas.